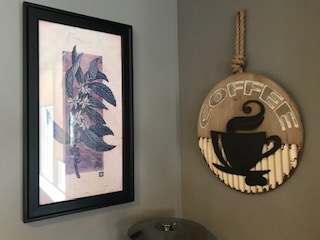 Pretty neat art here. The one on right is a 3D creation / sculpture.

Very grateful for their Light and Love!

Yes, this time it’s a Morgan creation… I do love it here!

[Reposted due to incorrect link.] New weekly report from Ben.

As always, suggest to follow Higher Discernment with all information such as this (particularly in regards to Trump (and the Alliance)).

In a sign of how intense the conflict now raging at the highest levels of world power has become Russian FSB, Asian secret society and Pentagon sources say serious moves behind the scenes are aiming to replace key world leaders in November. The sources say in each case the replacement may take the form of a new body double reading a new script or may involve an entirely different public figure.

“There is a growing consensus the British Prime Minister has failed and must go. We had a comment last night from someone we listen to very carefully.”

One reason for this planned move is the dissemination of information obtained by British and French intelligence about the ongoing coronavirus scam. The fact these (and other) leaders are all pushing the scam is a sign they are not genuine leaders but rather employees of the Rothschild and Rockefeller families.

“The entire covidocracy is a masquerade and a simulation prepared long in advance by the World Bank, the IMF, the Rothschilds and their lemmings in cooperation with the Rockefeller family.”

(The French report will be posted on the “Letters to the Editor” page, translation to English).

As evidence, the French provided official patent registrations made in 2015 but only made public in September 2020. “These patents alone are proof they knew in 2015 what was going to happen in 2020,” the sources say.

The devices could thus calculate such things as how many calories they burn in a day, blood pressure, heart rate, breathing and sleeping habits, and blood alcohol levels among other things. This would allow police, for example, to remotely detect if a person was drunk driving. The data would also make it possible to identify each individual via their unique breathing and heart patterns.

To obtain this data people need to be holding their phone, be connected with a Bluetooth earbud, or wearing a health monitoring watch sending to the cloud. Facial recognition is improved for 5G surveillance when people are kept at least 5 feet apart, which is why there is a campaign to promote “social distancing” and mask wearing as it will be easy to identify individuals who are not going along with the “new normal” population reduction vaccination program.

Under these circumstances, any politician calling for “compulsory mask wearing and social distancing,” “wait for the vaccine to end the pandemic,” and “more lockdowns are necessary,” etc. has self-identified as a Khazarian Mafia Slave (KMS).

The situation in the U.S. has degenerated to the point that only 15% of Americans think U.S. democracy is functioning properly, according to an AP poll. The rioting and looting in major cities might have something to do with those poll numbers and questions about the Constitutional Republic were not included of course. https://apnews.com/article/election-2020-virus-outbreak-race-and-ethnicity-joe-biden-donald-trump-59144c3e764294d691d93c16d9bf5a7d

Even U.S. government organizations like the FBI and the Cybersecurity and Infrastructure Security Agency report systematic threats to the integrity of the upcoming U.S. election. https://us-cert.cisa.gov/ncas/alerts/aa20-283a

However, keep in mind the upcoming presidential election is about control of the entire planet as Trump is the last man standing in the way of the satan worshipping cabal harvesting adrenochrome on a global scale from kidnapped children.

Russian FSB sources claim their country has now fallen under the control of the Rothschild family via their fake Vladimir Putin. What this means is that the Russian banking system is not under the control of the Russian government but rather the same people who control the Federal Reserve Board, the sources say. They are the ones creating the fake confrontations between Russia and the West, they add.

Also, in confirmation of what French intelligence had to report, the FSB says Russia’s banking giant Sberbank has taken over…

The remainder of this article is only available to members of BenjaminFulford.net. Please Log In or Register to create an account 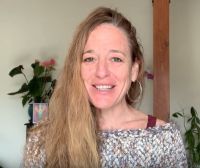 With the recent “massive” YouTube censorship of several popular non-msm channels (see this Kp blog post), this may have set off some emotional “triggers” in one or two. This Lorie message addresses some of that, and how to process through this.
.

This was more of a conversation (with my Self and with all who listen) about what I’m going through at the moment. No notes for this (feel free to write your own!). 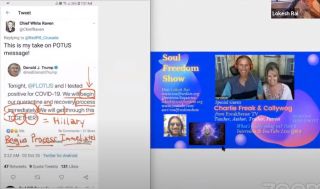 The video link below starts at 8:30, where they discuss “recent events” and timelines. Well, apparently this was recorded shortly after the first Trump-Biden debate, and just after DJT and Melania “contracted Covid”.

I’ll put a few time points in here later, but I found that listening to about thirty minutes worth (starting at the 8:30 time point) unveiled quite a number of things in which many may be interested.
. 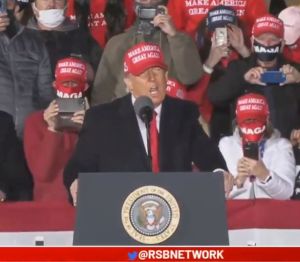 Posting this in part because I just found out about it, and it’s in Janesville, Wisconsin, which is quite close (60 minutes) to where I am currently.
.

Donald J. Trump for President, Inc. announced that President Donald J. Trump will deliver remarks on supporting law enforcement at an event in Muskegon, Michigan and at a Make America Great Again Rally in Janesville, Wisconsin on Saturday, October 17th, 2020. 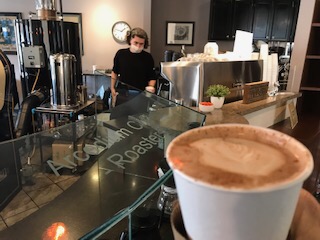 I always have that “glorious feeling” when I’m at Arcedium, with mocha.

This one is another outstanding Mayan mocha by Morgan (in the photo)! Wonderful foam, flavor, and design…

The Latest from Kauilapele (opens new tab to original post)