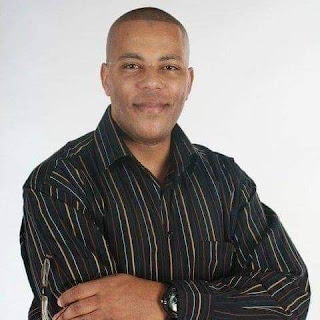 An old friend from 1994 sent me this video.  It hit a couple of items on my “internal codex”, the recent dream about “Warburg” and a reference a now deceased friend of mine used a lot“crabs in a barrel” although I didn’t know the origin of that phrase until I saw this video.

Use higher discernment as always, the researcher being interviewed is a Christian preacher, so certain things get attributed to Satan and demons (rather than malevolent ETs who invaded Earth after Atlantis 2 fell) but you would expect that from a Christian paradigm.

The phrase he points out in Latin “Solve et Coagula” means to “loose and curdle” according to Google Translate, which didn’t fit the video explanation.  But Latin is tricky. So I asked that same friend, an expert in Latin, to explain the phrase. H\e wrote:

There are several ways to interpret this. Roughly, it can be understood to imply “loosen and tighten.” Kind of a clever turn of phrase. However, the implied theme here is blood. Implying the ’solve’ is letting blood flow (death) and the other implying blood drying or coagulating or covering a wound to heal. The implication here is blood purity. Kill off the lowly humans so that the elite may reign and purify the world through their power. Not unlike the Nazi efforts at race purification.

Lots of interesting connections in here as to why the Black community has been stymied, and like pretty much everything else in the country its because its leaders were corrupted by the same cabal that corrupted everything else!

Helpful to google items he mentions and compare.  Use your discretion as always. Nobody has the complete picture but there is a lot of data in this one.  I rarely post videos.

Related to the prior Kp blog post, some may wish to view this video about the Illuminati / sports figures connections. Does this apply to Kobe Bryant? Sure looks like it.

All I’ll add here about this is, “Stay in the Light, baby… No matter what, no matter who”.

It’s impossible to reach sports fans who are in a pure Satanic trance. Sports fans live vicariously through their favorite athletes. Kobe Bryant is one of those rare athletes that spawns a legion of followers who live their life in a fairy tale land where Kobe Bryant is their god. Don’t tell me I haven’t tried to warn you. Kobe Bryant Illuminati commercial, ties to Satan exposed.

Here’s the deal. I don’t really have any “this or that feeling” about either of those things.

The cabal, at this point in time, is scared out of their pants of being fully exposed (and they are being fully exposed). And these things happening at the same time when the lies, etc., of the Dems (primarily) in the US are being brought to light, and the great “FISA declas” is upon them is absolutely NO coincidence. It is planned.

There’s a few articles below (titles and links) that point this out.

Kobe Bryant – Another Satanic Sacrifice For The Grammy’s! Whitney Houston The Night Before 2012!

“It is no “coincidence” that Kobe Bryant AND his daughter, died in a helicopter crash the day of the Grammy’s. It is now the second time they have sacrificed someone right before the show to perpetuate their level of control and power to influence the masses by still being able to create and promote satanic content in all of their music videos.”

The Chinese Virus is Spreading: Deception and False News (Jon Rappoport?) (note: I was not able to find this article on Jon’s website… (who knows who wrote it)

“Most people are accepting the news that the Chinese coronavirus is spreading across China and the world. They don’t understand ground-level facts.

“Referring to Wuhan, called the center of the epidemic in China, photos of people jamming hospital waiting rooms are cited as “evidence” of the spreading virus and epidemic. This is preposterous. Many of these people, experiencing a few typical flu symptoms, have been brainwashed by public announcements into believing they have the “epidemic virus.” And then, Wuhan has highly dangerous levels of air pollution. Wuhan is notorious for polluting smog.”

“…history matters. When you see a new story on the horizon, and it looks a lot like an old story you know was a hoax, you have to dig up that history and report it.

“the Dark Age of 2009, an ancient time… What was happening then? There was a grim pandemic spreading like an angry cloud over the world, threatening to kill millions of people. Sound familiar? Sound like China right now? It was called Swine Flu.

“Just like now, the 2009 announcements were coming out of the World Health Organization and the CDC; the germ was a virus; it was spreading; travelers were carrying it; people were being tested at airports; the source of the germ seemed to be animal-to-human transmission; deaths were being reported; fear was rising. People were saying, THIS IS THE BIG ONE. Other people were saying: THIS IS A WEAPONIZED VIRUS ALTERED IN A BIOWAR LAB. Just like now.”

“…here is a comforting development. The Chinese researcher, Zhong Nanshan, who “discovered the SARS virus” in 2003, is now at the forefront of pronouncements about the “new coronavirus” that is shaking up China and other parts of the world. His mere presence on the scene is a warning sign: take a grain of salt, try a pound. Zhong Nanshan’s 2003 SARS “pandemic” was a dud.

“The World Health Organization claims that, every year, there are between three and five million cases of ordinary run-of-the-mill flu in the world, resulting in 290,000 to 650,000 deaths. The symptoms are indistinguishable from SARS. But for some reason, they don’t declare ordinary flu an ongoing epidemic. No, they choose SARS, for which the cause is absent—and they call THAT an epidemic. It caused 800 deaths, versus 290,000-650,000 deaths.

“Just realize how right and good and true THE AUTHORITIES are, get down on your knees and thank your lucky stars they’re here protecting the health of everyone on the planet. They’re the Church of Biological Mysticism, and they want you as a devoted member.”