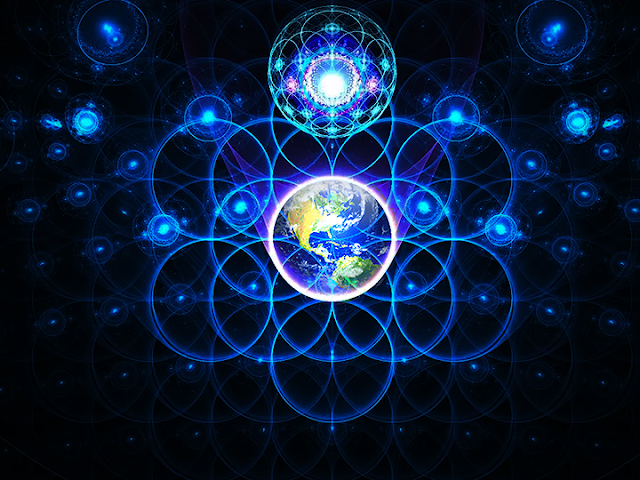 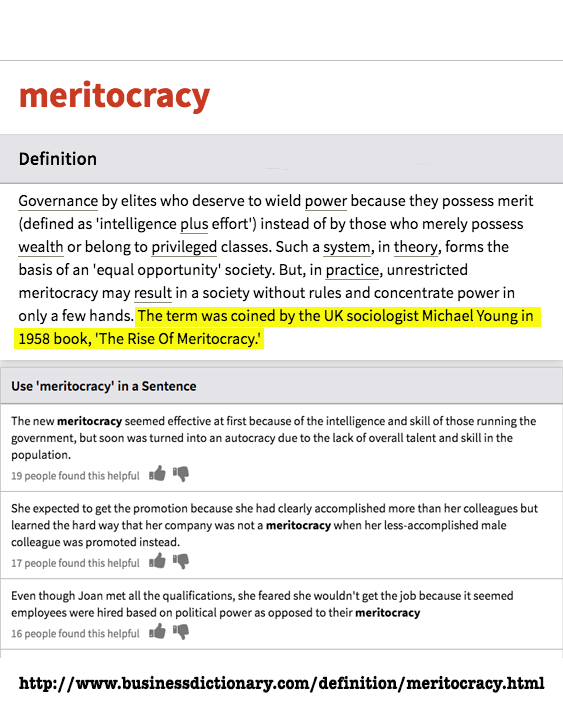 When I first asked this question I thinking about the laziness question, which has come up on a number of occaisions. A banker called me up once and told me we needed low paid people “because who would pick up the garbage?”  Well honestly Mr Banker, robots could do it!  Its just a matter of priorities.

This question is also what lies underneath the term “meritocracy”…  A term coined by Michael Young in his book “The Rise of the Meritocracy“ which was a satire of such a dystopian society.  However proponents of the philosophy of meritocracy adopted his term as their own, probably because of other writers like Ayn Rand who bristled at the results of the Bolshevik revolution,  she promoted a world run by the brightest and most talented individuals, for their own benefit.  How that’s any better than Marxist Politburo dogma for the masses is not said.  Its still elitism. Some have even extrapolated the Ayn Rand philosophy into the proposal for isolated refuges for the productive class and those less productive (presumably by the yard stick of pay) governed in a kind of slave state, “for their own good”.

Anyone who has spent hours in a DMV office knows the frustration of dealing with bored motor vehicle registration clerks with glazed eyes, going through the motions of their job each day, while lines wrap around the corner of the building.  So yeah a meritocracy on its surface sounds like a good thing because who wouldn’t want the DMV to be more like a trip to Costco?  But that’s really a organizational culture and pay issue.

Happy workers smile and do more.  Witness the collapse of customer service etiquette since the Airlines have cut pay across the board, and cut customer service training programs which were once weeks long sessions by experienced customers service people who loved their jobs, with regular refresher sessions for all flight attendants.  But times have changed and now customers are dragged from planes and beat up.

Most Americans were taught the “American Dream” was about living in a Meritocracy.  We really thought we lived in one. If you worked hard enough, there was a social contract with the company that they took care of you and you were rewarded. From the mid 1970’s on the Middle Class of America has been disabused of this notion as hard work and effort did NOT make a difference in an age of leverage buyouts and corporate consolidations.  Social contracts were shown to be a complete illusion.

Voting machine irregularities and dead people registering and voting elections from beyond the grave have further disabused Americans that their vote ever counted for anything.  I remember the first electronic voting machine I encountered after California Governor Grey Davis sold California to Enron, when I voted for Arnold it selected Grey Davis!  I had to press that button 3 times to get the candidate I chose!  Politicians are not about meritocracy either, at best its a beauty pageant, at worst a choice to between the lesser of two evils.  But while do we have to chose evils at all?  I imagine every Party Official in China believes themselves to be there based on merit.  As does every Royal in every monarchy.  The “devil in the details” is what defines merit, and who defines it?  Bloodline and DNA? Americans?  Chinese Qing Dynasty Royals?  The Communist Party? The Republican Party? The Democratic National Committee? European Elite Banker families? Politically correct “action committees”?  What are the criteria? Who determines it? What is the remedy for those treated unfairly in such a meritocracy?

Every corporation claims to reward hard work, but we all know from experience advancement is as much about corporate politics and connections than it is pure hard work.  The obviously lazy of course loose their jobs right away, but some are quite skilled at looking busy while playing Microsoft Solitaire.   All this revolves around the concept of money, the abundance of lack of it, not about what people REALLY in-joy doing with their lives.  True motivation is joy!  That’s when the amazing creations occur!

Terran: On earth some people think we have to have the money system to motivate lazy people to be productive.  [This is something I have heard mostly from bankers and those interested in control of humanity] Has laziness ever been an issue on the Neptune Sphere which has no money system?

Thor: TERRAN. “LAZINESS” IS NOT AN EXPERIENCE FOR US. EVERYONE HERE HAS DESIRES. EXPECTATIONS. AND ALL EXPERIENCE THE TOTAL FEELING OF BEING A  PARTICIPANT IN ONE THING/SOMETHING THAT IS BIGGER THAN SIMPLY ONE. THE UNITY OF PURPOSE TO FUEL ALL. THOR.

Thor: TERRAN. PRODUCTIVITY IS ANOTHER PROGRAM. IF YOU FEEL ME.

Thor: PRODUCTIVITY IS DESIGNED TO PRODUCE PRODUCTS AND SERVICES FOR ANOTHER. MASTER. OWNER. PRESIDENT. KING.

Thor: NOW. FEEL THIS. IS IT LAZY TO DESIRE TO READ A BOOK INSTEAD OF LOADING A TRUCK?

Thor: IS IT LAZY TO DESIRE TO REST AND RELAX IN A HAMMOCK/BED/RECLINER INSTEAD OF DIGGING A DITCH? DO YOU FEEL THE PROGRAMMING OF THE CONCEPT OF “LAZY”? THOR.

Thor: TERRAN. TO ANSWER YOUR DIRECT QUESTION. NO. THERE IS NO ISSUE OF “LAZINESS” ON/IN THE NEPTUNE.  THOR.

Terran: Thank you Thor that was an “unasked question”… that I think people here will be interested to read.

Terran: Sometimes it helps people to know others [civilizations] have done this and it’s not an impossible dream to move beyond money… in gratitude Terran end.