Promote Open Source to a Full Member of the Intelligence Community The exploitation of publicly or commercially available information must be recognized alongside spies, signals intelligence, and other established branches of practice. ROBERT STEELE: Are the authors of this piece, and the editors that approved its publication, truly unaware of my past?

Join Michael Jaco as he interviews Gene Decode. They discuss the current situation with the military battle, where we stand with the DUMBS, what’s happening with the children and some esoteric/spiritual topics as well.

END_OF_DOCUMENT_TOKEN_TO_BE_REPLACED

The Generals Have No Clothes The definitive book about the perpetual wars America is involved in and how the American people can take back control of the military from bestselling author, military expert, and award-winning journalist William M. Arkin.

END_OF_DOCUMENT_TOKEN_TO_BE_REPLACED

Our Military Has Abandoned Us< Marshall Masters | March 1, 2021 I held off on watching former President Donald Trump’s long-awaited speech at CPAC last evening.  Instead, I polled six Yowusa.com supporters who have always been unflinching and devoted Trump supporters who heard the speech live. All six were depressed by it and despondent.  Here …

END_OF_DOCUMENT_TOKEN_TO_BE_REPLACED 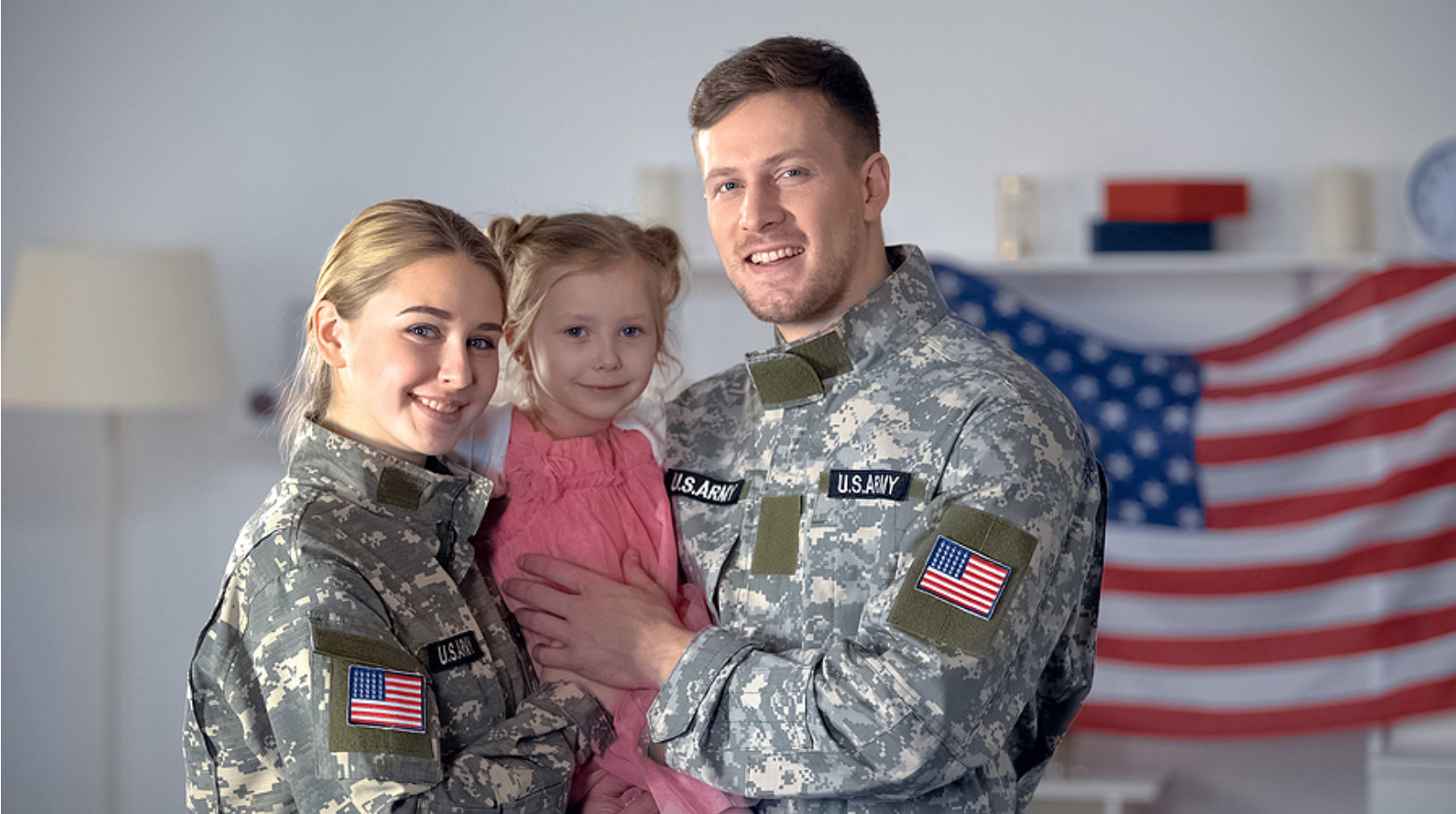 The Vaccine Reaction is reporting that a recent survey found that 53 percent of U.S. military families do not want to take the experimental mRNA COVID injections.

A survey conducted in December 2020 by the Blue Star Families, a non-profit military advocacy organization, found that 53 percent of U.S. military families do not want to get the experimental COVID-19 vaccines being distributed under an Emergency Use Authorization (EUA) granted by the U.S. Food and Drug Administration (FDA).

Of the of 53 percent of military families who responded to the survey indicating that they would not get the vaccine, nearly three-quarters cited a distrust of the development process or timeline.

Among deployed troops overseas, most of them are refusing the COVID shots, according to The Vaccine Reaction:

According to the Pentagon, U.S. troops deployed overseas and those charged with critical national security missions are declining to get vaccinated for COVID-19.

Some 320,000 service members and civilian personnel have been vaccinated, leaving a significant amount of the 769,000 doses available to Department of Defense (DoD) unused.

Pentagon officials said as long as the COVID-19 vaccines are classified as EUA by the FDA and not fully licensed, the DoD cannot mandate service members to take the vaccine.

Air Force Brigadier General Paul Friedrichs said that even those personnel responsible for manning America’s nuclear weapons are refusing to get the vaccine.

While the military acknowledges that they cannot legally require anyone to receive an experimental injection not yet approved by the FDA, some businesses in the U.S. are attempting to do just that.

Last month Health Impact News reported that a nursing home in Wisconsin was firing employees who refused to get an experimental mRNA COVID injection. See:

Townhall.com later reported that the nursing home faced a backlash for their policy, and one employee is now represented by an attorney who has reportedly sent a cease-and-desist letter.

A Rock County-owned nursing home policy that mandates employees get the COVID-19 vaccination or be laid off is “illegal and unenforceable,” according to a cease-and-desist letter filed on behalf of a nursing home employee.

“By implementing its vaccine mandate, your (facility) is attempting to coerce all of its employees into receiving one of the COVID-19 Vaccines,” Elizabeth Brehm, attorney at New York-based Siri Glimstad law firm, wrote on behalf of Amber DeJaynes, a staff member at the Rock Haven skilled nursing facility in Janesville.

The letter, obtained by Wisconsin Spotlight, was sent to Rock Haven Interim Nursing Home Administrator Sara Beran and Rock County Administrator Josh Smith on Tuesday. It informs each that the mandatory vaccination policy is depriving the employees of their statutorily guaranteed rights to decide whether to receive the shot.

“Your company is doing so openly without any regard for the personal medical decisions of the employee,” Brehm wrote. “We hereby demand that you withdraw your COVID-19 vaccine requirement … Failure to do so immediately will result in legal action being filed against you to strike down this illegal requirement. Govern yourselves accordingly.”

The letter lays out why employers cannot make the COVID-19 vaccination compulsory.

The Food and Drug Administration in December granted emergency use authorization for two vaccines — produced by Pfizer and Moderna. They are said to be 95 percent effective in preventing COVID-19, but they are in many ways experimental, unlicensed vaccines. They have not been fully approved by the FDA. Much remains unknown about the long-term effects and efficacy of the vaccines, which, by drug approval standards, were developed at lightening speeds.

As the cease-and-desist letter points out, the same law that authorizes emergency use requires the public to have “the option to accept or refuse administration of the product.”

The statutory prohibitions are included in FDA and Centers for Disease Control and Prevention guidance and regulations, according to the legal letter. Dr. Mandy Cohen, executive secretary of the CDC Advisory Committee on Immunization Practices, has publicly stated under Emergency Use Authorization, “vaccines are not allowed to be mandatory.”

“Sheets for Recipients and Caregivers for both COVID-19 vaccines state on the first page, ‘It is your choice to receive the (COVID-19 Vaccine,” the letter states. (Source.)

If federal law and federal guidelines issued by the CDC and FDA make such mandatory requirements illegal, then why are some employers trying to make the shots mandatory as a requirement for employment?

They are trying to rely on a statement issued by the Equal Employment Opportunity Commission (EEOC) which claims employers have a right to exclude employees from the workplace if they refuse the COVID shots. As Townhall.com reports:

But EEOC guidance asserts that employees who refuse to get a COVID-19 vaccination may be excluded from the workplace.

“Moreover, the EEOC’s Guidance underscores that anti-discrimination laws do not prevent employers from adhering to public health directives from the Centers for Disease Control and Prevention (CDC) or other federal, state, and local public health agencies,” according to the National Law Review.

There are exceptions. Employees do have protections under civl rights, disability and religious conviction laws. And employers should exhibit extreme caution before firing someone over a compulsory vaccination policy.

“ ..(W)hile the employer may exclude that employee from the workplace, it should avoid terminating the employee or taking additional adverse actions before carefully evaluating whether the employee can work remotely or has protected rights under other employment laws or regulations at the federal, state, and local level,” the National Law Review piece advises.

Wisconsin lawmakers have introduced a bill that would prohibit the kind of mandatory vaccination policies in question at Rock Haven nursing home.

Dr. Meryl Nass, MD, who has been a leader nationally in exposing the massive injuries that occurred within the military during the Gulf War when the non-FDA approved Anthrax vaccine was mandated, also weighed in on this topic via her blog this weekend.

The 2 Covid vaccines currently available in the US are experimental unlicensed products. As such, they cannot be mandated.

These vaccines have not been approved by the FDA, and so they are experimental. And therefore you cannot be forced to accept them.

The vaccines were “authorized” under emergency laws that require limited data.  The Johnson and Johnson vaccine will be coming up for a similar authorization, not a license, this coming week.

Once authorized, it too will be an experimental product. These products are given Emergency Use Authorizations (EUAs) by FDA, and the clinical trials for each vaccine are ongoing.

You have not seen the federal government, nor any state mandate these vaccines for schoolchildren, healthcare workers or anyone else.  That is because the government knows that legally, they cannot impose mandates and turn all the citizens into guinea pigs: they would almost certainly lose when challenged in the courts.

What the federal government did instead is sneaky.  It hid behind corporate skirts. Its Equal Employment Opportunity Commission issued a statement that essentially invited corporations to mandate the Covid vaccines, by stating that EEOC had no problem with such a mandate.

I and many others think that employer mandates will be found to be illegal, if challenged. Del Bigtree and his legal affiliate ICAN are assisting employees in fighting such attempted mandates.

I was involved with the only case to test whether a military anthrax vaccine authorized under an EUA could be mandated.  The 2005 case (Doe v Rumsfeld) was heard in First District Court, in DC, by Judge Emmet Sullivan, who is still on the bench.  He ruled that under federal law, an EUA vaccine cannot be mandated.

I am told that the military is being very careful with the Covid vaccines, and soldiers are signing informed consents if they choose to receive the vaccine.  Many are refusing.

Are civilians being given full information about the knowns and unknowns of these vaccines, and signing consent forms? (Source.)

As we have been reporting here on Health Impact News the past several weeks since these experimental injections have started, thousands of people are reportedly being injured and dying due to these injections.

The ones who survive with serious debilitating injuries are not finding any help to cope with those injuries. They cannot sue Pfizer or Moderna because the EUA protects them from any liability, and doctors are totally unprepared (and in many cases probably unwilling) to treat COVID mRNA injuries, so the victims are on their own to try and find help, at their own expense.

Linux Foundation, DARPA collaborate on open source for 5G Phi Beta Iota: 5G, like COVID-19 and weather warfare, is a crime against humanity.  Stand by for a house cleaning.