(Laurence Kotlikoff) On July 26, 2016, the Office of the Inspector General (OIG) issued a report “Army General Fund Adjustments Not Adequately Documented or Supported”.  The report indicates that for fiscal year 2015 the Army failed to provide adequate support for $6.5 trillion in journal voucher adjustments.  According to the GAO’s Comptroller General, “Journal vouchers are summary-level accounting adjustments made when balances between systems cannot be reconciled. Often these journal vouchers are unsupported, meaning they lack supporting documentation to justify the adjustment or are not tied to specific accounting transactions…. For an auditor, journal vouchers are a red flag for transactions not being captured, reported, or summarized correctly.”

The post Mainstream DIsclosure? | Forbes — Has Our Government Spent $21 Trillion Of Our Money Without Telling Us? appeared on Stillness in the Storm. 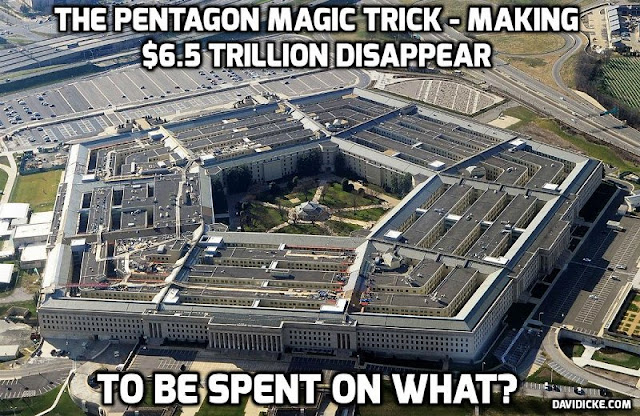 (Carl Herman) Documentation of US Dept of Defense admitting ‘losing’ $6.5 trillion ($65,000 per average US family), with 18 year history of ‘losing’ trillions. Your .01% illegal rogue state government at ‘work’ until ‘We the People’ demand arrests for OBVIOUS crimes in war, looting, lying 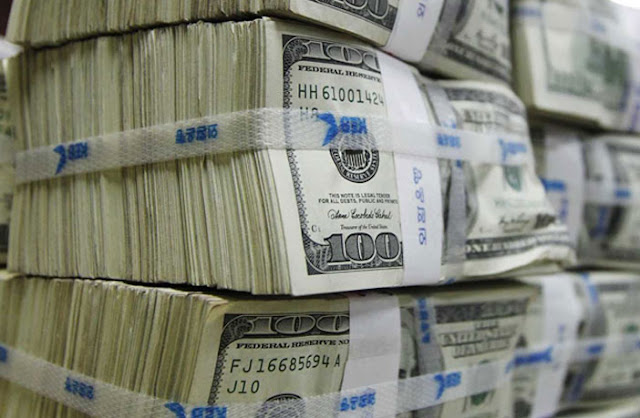 (The Event Chronicle) Former US Assistant Housing Secretary and Publisher of the Solari Report Catherine Austin Fitts joins me to discuss the TRILLIONS of dollars missing from the coffers of the DOD, NASA and HUD.