I’m sure I don’t have to tell you how easy it is to gain a few pounds – or how difficult it can be to lose it! Five pounds might seem like little more than a nuisance, but a recent study indicates that packing on just a few pounds can increase your chances of developing heart failure. [1]

A little weight gain can lead to a lot of health problems because packing on pounds can alter the structure of the heart and its ability to pump blood.

It sounds like doom and gloom, but the solution is simple: Drop the weight.

By “simple” I don’t mean it’s easy to do, because if that was the case, people would do it more often. But the solution is simple in that a few extra pounds doesn’t have to cut your life short, and you don’t have to go under the knife or take a bunch of risky pharmaceuticals to fix the problem.

Dr. Ian Neeland, the lead researcher behind the study, said:

“People who gain weight, even as little as 5%, are more likely to have thickening of the left side of their heart, which is a well-established indicator of heart failure.”

Read: 11 Ways to Naturally Boost Your Metabolism for Weight Loss

According to Neeland, an assistant professor of internal medicine at the University of Texas Southwestern Medical Center at Dallas, these individuals “were also more likely to have decreases in their heart’s pumping ability.” But those who lose the weight, he said, improve their heart’s pumping ability and decrease the thickness of the organ’s muscle, and that likely lowers their risk for heart failure.

Belly fat is especially dangerous, as it can accumulate around the organs and produce hormones that can damage the heart and cause inflammation, Neeland explained. The extra weight itself puts a strain on the heart, forcing it to pump harder. All of that extra work can lead to thickening of the heart muscle, and “Thick hearts can’t compensate for the change and can ultimately fail,” he said.

Losing weight may reverse some of the damage to your heart, but it’s (obviously) best to keep the weight off in the first place.

Thank Goodness the Heart is “Dynamic” 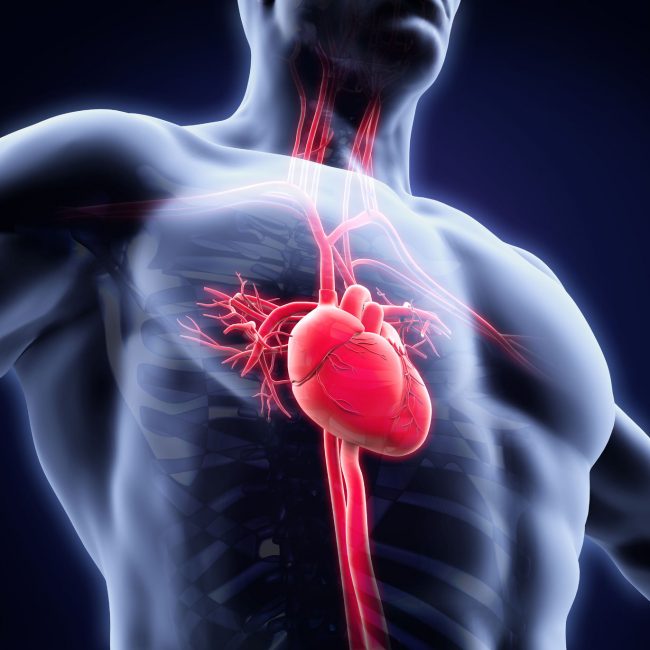 At the beginning of the study, more than 1,200 men and women, average age 44, who didn’t have heart disease or any conditions that put them at risk for heart disease when the research began were given MRI scans of their heart. This was repeated 7 years later. [1]

Those who increased their weight by as little as 5% were found to be more likely to have thickening and enlargement of the left ventricle, which is the lower chamber of the heart. This is considered a precursor to heart failure. [2]

Participants who gained 5-22 pounds by the age of 55 had an increased risk for heart disease, hypertension, obesity-related cancer, and premature death. The more weight a person gained, the higher their risk.

For every 11 pounds gained:

What’s more, every 11-pound weight gain reduced the likelihood a participant would score well on a healthy aging assessment of physical and cognitive health by 17%.

Additionally, those individuals were more likely to have small decreases in their heart’s pumping ability.

The findings remained steadfast even after Neeland and his colleagues adjusted for other factors that can affect the heart, including high blood pressure, diabetes, smoking, and alcohol use.

But participants who lost the weight were more likely to see a decrease in the thickness of their heart muscle, so all was not lost by the extra pounds.

It didn’t appear to make a difference how much a person weighed at the start of the study, but Neeland said that even if you’re normal weight, slight weight gain can damage your heart over time.

Yo-yo dieting can be just as unhealthy as being overweight. So, if you lose weight, make every effort to keep it off.

Dr. Byron Lee, a professor of medicine and director of the electrophysiology laboratories and clinics at the University of California, San Francisco, who was not involved in the study, said:

“Gaining weight is bad for you, period.

In this study, we find out another reason why gaining even a few pounds over time has negative effects on the heart. Patients need to realize that keeping fit is better than any medication a doctor can give them for their long-term health.” [1]