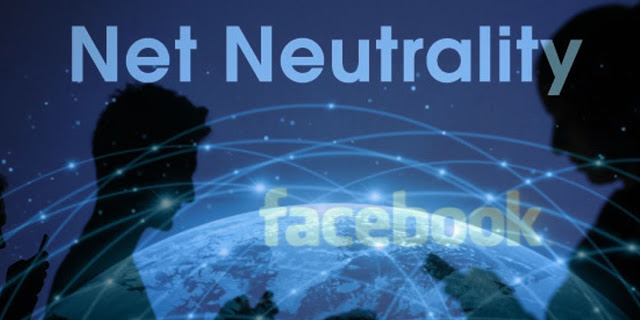 (Teresa L Yanaros) Facebook cracks down on regulations immediately following the vote to overturn net neutrality. Are we beginning to see the first implications of the death of net neutrality?

An alternative title for this post might be, “The ‘nicer’ the title of the legislation, the ‘worse’ it is” (remember, “Patriot Act”, “Affordable Care Act”, “No child left behind”?). There are two articles and two videos (one by James Corbett and Jeffrey Tucker, the other by Lionel)

Okay, clearly I may have been fooled by this “#NetNeutrality” deal (yes, I signed the petition here). But there is a lot more to this story, apparently, than meets the eye. I’ve posted four things below that may help each to decide for themselves whether this #NetNeutrality is a worthwhile thing. One of the presenters below says that “#NetNeutrality” would be like creating a “Federal Reserve of the Internet”. We shall see.

There’s terms in here like “Title II” (redirect from here), “Title I”, and a few others, which I’m not too familiar with, but so it is.

Thanks to LL who sent a couple of these to me.

“At long last, with the end of “net neutrality,” competition could soon come to the industry that delivers Internet services to you. You might be able to pick among a range of packages, some minimalist and some maximalist, depending on how you use the service. Or you could choose a package that charges based only on what you consume, rather than sharing fees with everyone else.

“With market-based pricing finally permitted, we could see new entrants to the industry because it might make economic sense for the first time to innovate. The growing competition will lead, over the long run, to innovation and falling prices. Consumers will find themselves in the driver’s seat rather than crawling and begging for service and paying whatever the provider demands.

“Ajit Pai, chairman of the FCC, is exactly right. “Under my proposal, the federal government will stop micromanaging the internet. Instead, the F.C.C. would simply require internet service providers to be transparent about their practices…”

Interview 1327 – Jeffrey Tucker Bids Farewell to Net Neutrality (CorbettReport, 11-27-17; goes along with the above article)

“Jeffrey Tucker of FEE.org joins us again to discuss his latest article, “Goodbye Net Neutrality; Hello Competition.” We explore the details of the net neutrality discussion that is being ignored by nearly everyone, including how the corporatocracy actually favours net neutrality and how government regulation of the internet is precisely what is keeping prices high and access to the market restricted for would-be competitors.

NET NEUTRALITY is a total scam…: The real censorship of the internet is already being carried out by Google, Facebook and Twitter (Ethan Huff, NewsTarget, 11-30-17)

“Many people are getting all bent out of shape over a newly proposed reversal of so-called “net neutrality” laws that were put into place during the Obama administration to “keep the internet open and free.” But Federal Communications Commission chairman Ajit Pai says that the internet as people currently use it is already being censored by big corporations like Google, Facebook, and Twitter, all of which he says routinely block “content they don’t like.”

“If net neutrality is repealed, broadband providers like AT&T, Comcast, Charter (Spectrum), and Verizon would no longer be subject to utility-style regulation that prohibits them from throttling, charging extra for, or otherwise imposing limitations that discriminate against specific types of content. Those in opposition to the repeal of net neutrality laws claim that the change could result in service providers blocking access to certain websites, slowing down users’ connections, or otherwise prioritizing content arbitrarily.”

Net Neutrality is a disaster. The better the name of the legislation the scarier it is. (Lionel Nation, 11-22-17) (VIDEO)