The opioid epidemic has been a topic of conversation for a years now. With doctors and pharmacies being instructed to be more careful with their prescribing of the medication, and some states even asking them to look up a patient’s drug history before dispensing the drugs, it comes as no surprise that abuse and overdose are two huge issues. However, research suggests that many patients, especially those on long-term opioids, are dying not only because of overdoses, but simply because they are using them for far too long.

The study, which reviewed 45,000 patients from Tennessee from 1999 to 2012, found that those who had been prescribed opioids had a 64% increased risk of dying within 6 months of starting a regimen of the pills, compared to patients who were on other types of medications.

Although overdose and sharing medication is certainly a risk, the study claims that many doctors prescribe medication without thinking about the risk they may have for cardiovascular patients.

All of the patients in this study were on Medicaid and were receiving long-term opioids for problems such as backaches, and chronic asthma and bronchitis. None had a history of abusing drugs.

Because they were on Medicaid, it is possible that they were unable to access medication that would actually treat the problem they had, thus doctors were over-prescribing opioids for temporary relief of the symptoms without curative benefits.

Dr. Magdalena Anitescu, a pain management expert at the University of Chicago, stated that there needs to be a huge change in how treatment is regulated. She states that alternative treatments can be just as effective, however, patients need to be granted access and doctors need to be educated on what else can be done besides simply prescribe opioids.

“We have a major cultural shift ahead of us,” said Dr. Chad Brummett, director of pain research at the University of Michigan Health System.

The results were published in the Journal of the American Medical Association (JAMA).

A survey released by the federal Substance Abuse and Mental Health Services Administration (SAMHSA) shows that more people in the U.S. use opioid painkillers than tobacco, highlighting the tragic opioid crisis gripping the country. [1]

A federal review published in the spring showed that opioid prescriptions in the U.S. decreased for the 1st time in 2 decades, which suggests that doctors are finally starting to heed warnings about the drugs’ addictive properties. However, that decrease has not translated into fewer deaths. The SAMHSA report illustrates just how widespread the problem remains.

Nationally, 37.8% of American adults are using some type of opioid painkiller, while 31.1% of U.S. adults use tobacco problems.

According to the 2015 National Survey on Drug Use and Health (NSDUH), a division of the Department of Health and Human Services (DHHS), more than 91.8 million Americans 18 and older used prescription painkillers last year. By comparison, 75.4 million U.S. adults used tobacco products. [1]

Those numbers creep even higher when children 12 and older are included; to 97.5 million and 78.3 million, respectively. And more than 12.5% of those users admitted to misusing the painkillers.

Danny Winder, director of the Vanderbilt Center for Addiction Research in Nashville, said:

“You’d like to think that is good news and reflects a reduction of tobacco use, but unfortunately that’s not the case. It’s a particularly pernicious problem because of its prevalence…Anytime you have a substance that is legally available and has addictive properties, that’s setting up the problem.” [2]

Actually, smoking rates have declined significantly in the U.S. in the last 50 years. From 2005 to 2015, smoking among adults declined from 20.9% to, or 45.1 million, to 15.1%, or 36.5 million. In the last year alone, the overall smoking rate fell 1.7 percentage points, resulting in the lowest prevalence since the CDC began collecting data in 1965.

However, you don’t generally associate tobacco use with hard drugs, yet many people who die from heroin overdoses begin with a dependence on prescription opioids. Even in those who don’t overdose or graduate to heroin, painkiller addiction can be devastating. In 2015, approximately 40% of unemployed people in the U.S. used a prescription opioid. [2] 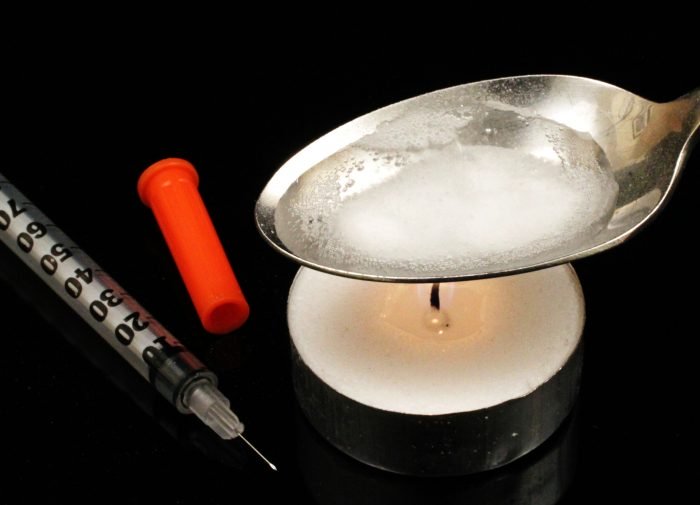 The 2nd most common type of illicit drug use remained nonmedical painkiller use, but the percentage of people aged 12 or older in 2014 who were current nonmedical users of pain relievers (1.6%) was lower than the percentages in most years from 2002 to 2012.

Dr. Richard Soper, chief at the Center for Behavioral Wellness in Nashville, said:

“We require tobacco companies to put warning labels on tobacco products; you don’t really see that in opioid products. As long as the FDA is continuing to approve opioids, there will still be access to it. There will still be doctors writing prescriptions.” [3]

In early 2016, the U.S. Food and Drug Administration (FDA) published draft guidelines outlining testing standards for generic drugs that have been produced to be harder to crush and dissolve or snort. The agency requires that generic drug makers be able to prove that their product is bioequivalent to the name brand drug. But under the new guidelines, manufacturers will also have to prove that their generic drug has the same anti-abuse properties as its name brand equivalent.

However, this is the same agency that approved OxyContin for use in children in August 2015.