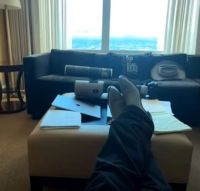 Robert David Steele, Kerry Cassidy, Pryme Minister… three videos with JOS. I’m not evaluating any of them, but I’m putting the RDS one at top, with some show notes highlights below it (via Forbidden Knowledge (thanks to Kiko for that one; and Elana for another one)). Yes, there’s a tonne and a half of data coming out, but I feel JoS puts a great deal of “grounding” points out there for all of us.

Below I put a couple highlights from the Forbidden Knowledge notes below (thanks to Alexandra Bruce), followed by the video.

“…Juan O Savin addresses the despair that many are feeling over the theft of the election and the systematic destruction of America being dictatorially executed by China Joe Biden… “What you’re being allowed to see is who these people really are,” and he maintains that the military is very carefully watching and waiting for every civilian option to be exhausted before taking action.

““This is about a revolutionary war against a foreign enemy that’s trying to take over our country externally. That enemy is defined as Globalists, international banking cartels, bloodline families, intelligence agencies and their operatives, working together in collusion – people that purport to be our friends – trying to enslave and control America by owning its leadership. And that’s not gonna stand”.

““You can’t kill the country to save the country, so you have to allow room for everything to keep moving, everything to keep flowing…we’re in a very serious situation and there’s a lot of finesse gonna be required, here. People cannot go off the handle and be pissed-off because it didn’t happen in a heartbeat, like a TV episode.”

“[RDS] …you are saying that Satanic pedophilia is the core aspect that we need to take down, as part of taking down the Deep State?” [JoS], “Absolutely, these are Baal and Moloch worshipers, that you see in multiple societies.”

“Juan says, “Everybody needs to take some deep breaths. Cut the crap about ‘nothing’s happening’. A lot is happening. If you don’t know everything that’s happening, thank God that the key people in key positions aren’t giving away all of their next moves to everybody.””