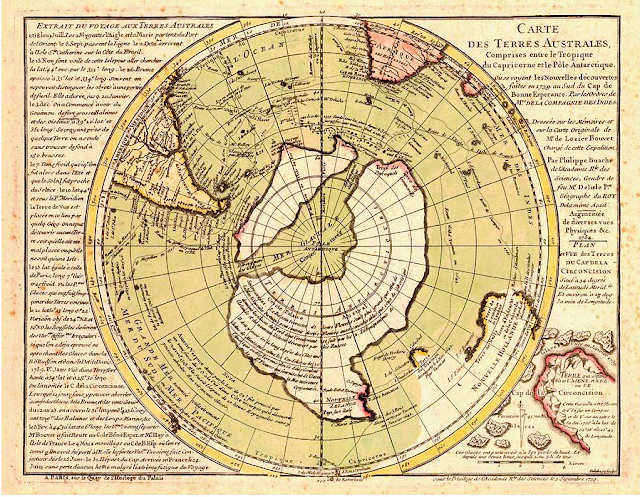 UPDATE 2:  3/10/2021 Updated data on Atlantis 2 Outposts in Antarctica. Special thanks to Lianne for noticing this post was missing.  It was not even in the archive I have been using to restore posts, I had to go to an earlier archive to find it.  I don’t know how it got deleted.
UPDATE 1: 1/06/2017 Three Activities Ongoing at Antarctica in this NOW
July 30, 2016 Russian Ship Admiral Vladimirsky leaves Saudi Arabia for Antarctica
February 12, 2016 Pope meets Archbishop Kirill in Cuba
February 18, 2016 Archbiship Kirill goes to Antartica

I feel guided to run the above topic past you. I live in New Zealand and there is SO much activity transpiring down here in the southern hemisphere right now as you will be aware.&nbsp;

The Arc of Gabriel was supposedly discovered in September 2015 under a mosque in Mecca. A series of ominous events took place following its discovery which I’m sure you will find fascinating upon further inquiry, provided you don’t already know.&nbsp;

This artifact was moved from Mecca to Antarctica in November under a shroud of secrecy. John Kerry visited Antarctica at the same time, along with Patriarch Kirill of the Russian Orthodox Church. [Patriarch Kirill’s visit was actually on Feb 18, 2016] This was all taking place while the American election was happening. John Kerry also visited with our Prime Minister John Key straight afterwards.&nbsp;

Upon further investigation I discovered that Obama visited Antarctica in March this year, while James Clapper, Director of CIA was in Australia, let alone what else we don’t know.

My hope is that you will run all this past your intel and check that all is in order.
Warm regards, Sophia

November 18, 2016
Terran: Stan X what did the arc of Gabriel do? What was it used for?
Stan X: DEAR ONE/TERRAN.THE ARC OF GABRIEL CONTAINS THE RECORDS OF THE TRUE ORIGINS OF ISLAM. DATA COLLECTORS. STAN.X. END
Terran:Does the Sphere Alliance have a record of its content?
Stan X: DEAR ONE/TERRAN. IT IS AN ISOLATED DATA CRYSTAL. THERE ARE NO OTHER RECORDS OF ITS CONTENT IN THIS MOMENT. DATA COLLECTORS. STAN. X. END.
Terran: Nabrac where is the current location of the Arc of Gabriel crystal?

TERRAN. IT IS IN ANTARCTICA. RF BASE. SOUTHERN POINT. NABRAC.

Terran: Nabrac, why are so many leaders going to Antarctica at this time? Is Obamas trip to Peru a cover for a flight to Antarctica?

Nabrac: TERRAN. YES. OBAMA AND OTHER LEADERS STILL BELIEVE THEIR SAFTEY IS IN ANTARCTICA. NABRAC.

Terran: Is this last resort base connected underground with Argentina, Peru, New Zealand?

Terran: Nabrac where is the location of the “last resort base” of the controllers in Antarctica? Is it in the same loacation as the purported Nazi base?
Nabrac: TERRAN. IT IS ADJACENT TO THAT FORMER BASE. TUNNELED TO PATAGONIA.  NABRAC.

“The year 2017 may also be time when the secret space program and ET folk get their long awaited disclosure. The following quote, from a source in the Antarctic base, requires more proof before I will believe it but, nonetheless here it is:
“The cabal are all freaked out by what they found in Antarticia – It gave Buzz a heart attack. Very large “pods” with beings inside. That is why John Kerry was there Election Day. Animals and people frozen in time. 12 – 14 foot humans in the pods who were in stasis, are now awakening”.
One thing we can confirm about Antarctica is that while the North Pole appears as part of a regular map on Google Earth, the South Pole cannot be found there, instead the map just vanishes into a point where many lines converge. We can only speculate as to why that is.”Note: I have known since the summer of 2014 that I had at least one giant form in stasis. &nbsp;Location was not clear, some reports suggested Wright Patterson airbase until military control. These date to the early Atlantis epoch.

UPDATE 2
There were outposts of Atlantis in Antartica. For the most part Atlantis was a network of islands ranging from the Caribbean to about a 1000 miles west of Morocco.  Atlantis 2 was a civilization and had outposts outside the main area.  Atlantis was not centered in Antarctica.
END OF UPDATE 2
December 26, 2016
Terran: Stan X, do I have an inbodyment in stasis in Antarctica?
Stan X: DEAR ONE/TERRAN. YES. THAT IS THE LIMITED DATA. DATA COLLECTORS. STAN.X. END
Terran: Would that be ANTARANANKA?

From the evening of December 29th, through January 2, I was undergoing a heavy energetic upgrade and body changes. I ran a fever of 103 F (39.4 C) during most of that time. I had no congestion, or flu like symptoms…. the fever appeared to be entirely related to massive energetic upgrades in my body.

A number of abilities have strengthened in me since the fever, especially telepathic or heart-comms images. I am also noticing  a download of complex images from Thor occurring instantly, including some of his internal data on the subject in question.
As I laid down to sleep on Janury 3rd, I got the images below spontaneously, like the city itself had signaled me there were visitors….  (see bottom of article for images)
January 3, 2017

Terran: Nabrac why are so many Chinese inspecting the walls of the city under the ice in Antarctica? Appear be examining the writings on the walls (no pun intended). [thought at first I saw a base of pyramid which led me to think this was central America but immediately “got” this was Antartica]

Terran: Just got that image out of the blue [without the assistance of Loie or Denice]

Nabrac: TERRAN. THE CHINESE MAY BE GIVEN THE RIGHT TO RELEASE THE DATA. THE RF MAY HOST THE RECEPTION. NABRAC.

Denice: I was just dreaming there are 12 giants

Terran: No coincidences! I just saw myself as a giant in a stasis box winking to the female Chinese technicians/scholars peering in the glass… gave them a fright and a giggle [I felt my consciousness being pulled into the stasis giant monentarily in Antarctica and saw the females peering to see if the giant was awake, the feeling of being large is interesting to say the least!]

Terran: Nabrac, what is the name of the city under the ice?

Nabrac: TERRAN. THERE ARE SEVERAL CITIES. TWO DISCOVERED TO DATE. TALAWANZC IS LARGER. THE OTHER IS RAINTZ.

Denice: the names are phonetic. RAYntz and TalaWANZC. The names feel like Native American tones, if that makes sense. Soft.

Terran: What was the name of the one with the Chinese inspecting it? Is that the same one as with the giants in stasis?

Terran: I got that one city, possibly the one I saw had a tent like cover/dome with spires, is made from fused diamond of different shades (shades from deep green, lime to clear). Does this match anything you know about? &nbsp;

[I’m not guaranteeing the diamond data as a construction material, as these abilities to pick this stuff up without assistance are just days old in me… I will try to give a rough sketch of the city from the top later…perhaps tomororow….]

Nabrac: TERRAN. TALAWANZC IS WHERE THE GIANTS ARE LOCATED AND WHERE THE CHINESE INSPECTORS ARE VISITING NOW. YOUR IMAGE MATCHES AREAS OF THIS LOCATION. NABRAC.