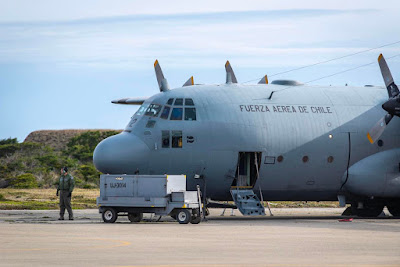 Terran: What happened to the Chilean Military plane over Antarctica?

Stan X: TERRAN. “GOLD” OR THE “ILLUSION” OF SUCH. AND” SILVER INGOTS”. THERE IS NO “PAPER CURRENCY” OF VALUE IN “CIRCULATION”. “FUNDS” ARE “MINERAL” AND “HUMAN” AT THIS LAST STAGE OF “NOW”. THAT IS THE LIMIT OF THE DATA NOW. DATA COLLECTORS. STAN.X. END.

Denice: The Chilean cargo was the interest according to Ben [Fulford]. I only read it after transmitting Stan.

Terran: Interest as in money interest?

Denice: Looks like Antarctica is the final piece of the full disclosure and it is opening up now!

Terran: Is that the reference you were referring to?

Denice: No paragraph 9. Quote after that from a descendent of Admiral Byrd
Interesting that Cobra’s agents are there. Kind of a convergence

Terran: “The Chilean military were ordered by their controllers not to go near Antarctica. They thought they were smarter and knew more than their masters. The C-130 has been removed. It wasn’t who was on the plane, it was what they were carrying that resulted in ‘the disappearance.’ At this stage, there are no entries and exits taking place on Antarctica. The Southernmost continent is on lockdown until further notice (not due to this incident).”

Denice: It was what they were carrying

Terran: Is that the reference?

Denice: Yes the cargo was of interest

Terran: As in interest payment?

Denice: Humans, what they think is ‘gold’, and silver ingots

Terran: Dragons are known for taking interest in gold
Human cargo? The gold and silver?

Terran: The alchemical reference to essence and body?

Terran: I’m seeing strong evidence of that amoung young passengers in my car [I occasionally do ride share driving in Austin]. A craving for something meaningful other than work and routine.

Terran: One young lady from Britain used the Jewish word “HEVEL” from the book of Ecclesiastes meaning smoke.  She said to me and her friends about all the recent dramas in the world “It’s all hevel, it’s all hevel…”

Terran: Certainly
Thor: SENDING NOW. THOR.
Terran note: Still unpacking this conversation on Andorra, which appears to be within the “Russian Sector” of Antarctica although they have no lawful claim on it. To be in a later post.