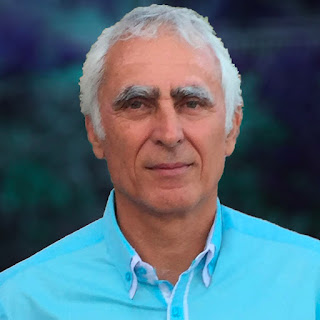 The 2nd volume is quite interesting.  The data from William Tompkins is fascinating and feels highly credible.  You can feel the character of the man from the information. It’s very interesting how tight these circles of UFO research and reverse engineering really were.  Highly compartmentalized on the bottom of the pyramid, but a select few at the top who had a more complete picture, at least of their own particular faction of the SSP.

I don’t understand his use of “pre-adamite” beings in Antarctica as it implies there was a literal Adam and Eve.  He doesn’t explain the term and it seems to needlessly interject religious beliefs of “fallen angels” into something that has very little to do with it. He may just be throwing a bone to Christian fundamentalists in America. “Coneheads” would probably be more accurate. The true “fallen angels” as it were, have been in control of the planet until about 2015-2016.  They have stepped aside, one leaving several famous inbodied forms (to die), the essence never dies but it does learn from experience. They know their run of things is over and they have even helped to dismantle and enlighten their own empires, not that all of those within them have listened.

As far as the data given I don’t have many complaints.  But it does feel like stuff has been left out, by design.  Perhaps a “limited hangout” if you will.   The books are very friendly to the Navy, far less so to the Air Force.  Corey Goode was from the Navy SSP.  Is that because we don’t have an Air Force equivalent to Corey or is the US Navy behind Dr Salla?  I have many questions.

The data also conflates into the term “Nordics” the Tall White Nordics (breakaway civilization) living underground in Arizona and Virginia, and 3D Pleiadians working with the military.  Very little data is given on Pleiadian involvement with the military.   I don’t know the reason for this. It feels off. They do look similar but they are two different civilizations. One is Earth based, the other bio-sphere based,.

Dr Salla makes many references to Maria Orsic of the Vrill Society:

“Maria Orsic was allegedly shown to the Swiss contactee, Billy Meier, he identified her as “Semjase,” the Pleadian/Plejaran/Nordic extraterrestrial who was meeting with him. In a February 19, 2016 lecture, Goode said: … when the military found out about Meier’s case, they sent people over with some photographs for him to try and identify the female being he saw. He quickly pointed out one photograph, saying, “That’s her! That’s her!”

Apparently the photo he pointed out was of Maria Orsic, the medium from the Vril Society, who was making contact with inner-Earth groups, and who played an intimate role in the pre and post World War II German secret space program.[43]  Orsic was allegedly sharing ideas and theories with leading inventors such as Nikola Tesla and Guglielmo Marconi. “ 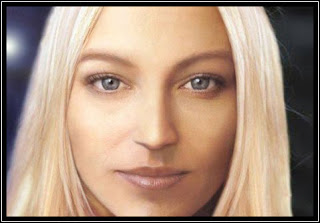 If Maria Orsic is one and the same as Semjase, then we have a very complex situation of covert Pleiadian operations going on with Germany. Germany was in the 1930s the most advanced scientific country on the planet.

My father was a P-38 pilot in WWII who flew missions over Germany, he told me about his experiences with “foo fighters” and supersonic German aircraft.  Chuck Yeager was not the first to break the “sound barrier”.  Dad was a believer in UFOs.

Robert Potter told me about his and Dr Fred Bell’s experiences with Semjase in 2012. I later read about Billy Meier’s experiences with “her” and his later disillusionment with “her”. From my discussions with the Sphere Alliance Data Collectors, Semjase is what they refer to as a “biological interface unit” or BIU.  These are human like “suits” that Pleiadian consciousness can occupy. Remember they – at least the majority of them from that system – have been at different “density”/frequency band/particle spin, than us.  We are nearing their frequency band now which is why many of us are feeling symptoms of rapid acceleration and even jet lag.

There may be many “Semjase” units, and Billy Meier might have been dealing with more than one consciousness or BIU.  It’s kind of like a 3D human drone if you will, that can be used by different consciousnesses. And a quite attractive one at that.  I know this muddies the waters when it comes to Maria Orsic and the Vrill Society and I lack the data at this moment to make that any clearer.  I have my own questions at this moment about all this convergence of data.  After going through Dr Salla’s data I get the feeling we have two competing civilizations (what Salla calls “Nordics” and Draco) trying to steer German towards one path or another.

Dr Salla mentions the “Aryani” which some of the Nazis took refuge with inside the Earth.  The Nazi’s believed them to be the ancient Hyperboreans. I have read accounts of a civilization within the earth taking in some Nazi refugees after WWII, but the account I read placed that somewhere under South America. I don’t have a ready reference available to the web site  where I read that.  The account I read said these beings did so on a humanitarian basis and had influenced the Nazis to give up some of their ways of separation (racism/xenophobia) towards a higher consciousness. Dr Salla didn’t make it very clear whether these beings were in Antarctica and what the relationship was to the Draco (if any) and the Nazi bases in the Antarctic (its possible I just missed the data too).  My feeling is they are completely separate group, roughly aligned with the Vril Society.

The Antarctica volume has some interesting data regarding German Admiral Canaris.  I first encountered Admiral Canaris’ name on the Rumor Mill News web site around 2002.  The owner of the web site told a story about her now deceased CIA agent husband Gunther (a faction 2 Templar) and her taking a submarine trip from a desert location to an undersea base where human body parts were grown for planetary elites. Admiral Canaris figured prominently in that base and she mentioned him by name and his unusual uniform with (if memory serves correctly) “yellow piping”. Data emerged in Dr Salla’s books about a Navy submarine base under area 51 (and one under the Utah base?) which correlates Rayelan’s account.  I didn’t realize until Dr Salla’s books, that Admiral Canaris was involved in the Nazi Antarctic bases but the data fits.  I also didn’t know about the secret treaties cut with the Antarctic Nazis by Eisenhower and Truman.  It also explains why Laura Eisenhower  (I believe against her will) was involved in the Mars bases.

In 2013 data emerged of an undersea base in Malibu in Google images which I reported on in my prior blog.  In 2015 I asked the Sphere Alliance Data Collectors about that base, and it was discovered there was an off-books covert faction of Pleiadians involved in that operation.  The base was destroyed but someone (Nazis?) launched a Titan missile over LA which the Pleiadians took out with a plasma encapsulation defense and rendered the weapon into harmless energy.  Later there was a similar missile launched out of a remote base (by what Salla would call ICC) which was similar disabled.  In 2018 there was at least other missile launches from rogue submarines disabled by similar plasma encapsulation. There is some evidence the US Military now has this ability or a similar plasma missile defense tech, it’s unclear whether these in 2018 were destroyed by ETs or by Earth military.

Over all I thought the last two volumes were very good.  It doesn’t mention the Andorra enclave in Antarctica, nor does it mention the Andromedan/Orion/Lyran base there.  There are other ET bases in Antarctica as well as the caverns purportedly occupied by the Draco.  The books mention the Mayans and others taking care of those freed from slave labor in bases, but doesn’t mention which bases they were freed from. Mars?  Moon? Antarctica?  Ganymede base?  Phobos?   But neither does the data conflict with what Denice and I have received since 2015.

Dr Salla makes a quite accurate state in regards to the Draco and their “trickster god”.  In ancient Norse lore Loki was a trickster “god” and the being he refers to was indeed “Loki”.

This being has also been known as the inbodyments “Say-Tan”, Beelzebub, Mephistopheles,  Meeshak among others all of which are no longer inbodied anywhere.  He also commandeered the “archangel suit” known as Lucifier for an eon of time (see the latest season of Star Trek Discovery for an example of an angel suit).  He has also gone under the name Metatron.  This being is the master of duality and harvesting energy from separation consciousness.  He set up organized religions and the magic systems that oppose them.  He always worked both sides of a contrived (by him) polarity to harvest the energy of conflict between them.