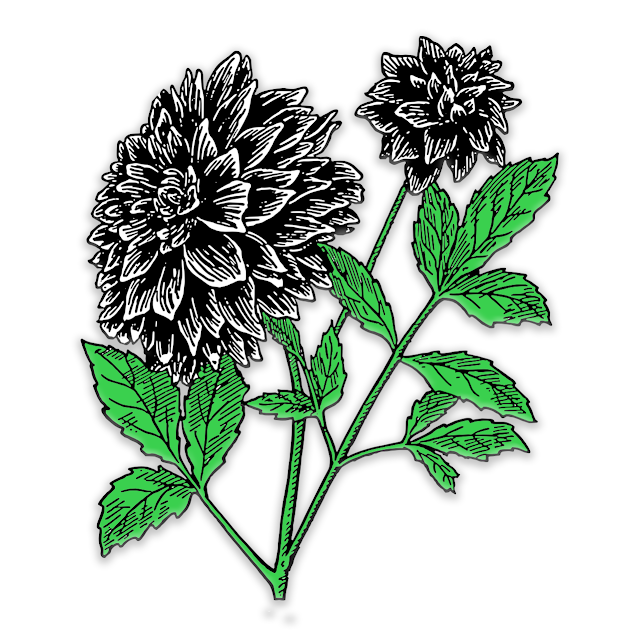 Background Information: The Black Dahlia (also sometimes pronounced “Thalia”) was a shadowy woman who was purported to make unannounced visits to the Queen of England.  Heather mentioned her to me privately on a couple of occasions.  The Black Dahlia’s exact role on Earth was not known to me personally until last week. The Black Dahlia was not Queen Elizabeth but she did interact with the Queen.

Queen Elizabeth may emerge in history (based on things Heather and another person has mentioned to me) to be a being of great virtue who was in an extremely difficult situation in one of the most perilous times on Earth.   She is not a reptilian or a reptilian essence and she’s not a shape shifter.  I won’t comment as to her other relatives as I don’t know.  Queen Elizabeth is a bloodline royal. There is a big difference.  While David Icke is correct on somethings, he’s not correct on everything.

The Rothschild’s financially captured the Monarchy when they cornered the financial markets in London after the Battle of Waterloo.  They owned all the Royal debt.  The “Crown Corporations” collaborations between the Crown and the Rothschilds (backed by Qing Dynasty 1634-1911 royal gold). The monarchy supplied the flag administration, HM Judiciary (contract enforcement), Royal Army and Navy and Marines.  From the Navy (and Vatican Canon law) we get the first introduction of contract law into the new world, what later became known as UCC law. The first settlers were indentured servants and convicts, “souls lost at sea”.  The Rothschild’s are from a Orion-Draco lineage.

So to summarize the background, two main lines of control existed (although many groups excerted pressure), one Draco (through the Orion-Draco lineage banking families), the other Royal Bloodlines from the days of Egypt who were influenced by various beings, like the Black Dahlia (Ra’s intermediary/envoy to the Royals) and various secret societies with their hidden agendas.  It’s been a fractious relationship as one lineage never liked the other but found themselves bound together by destiny of rule and there were intermarriages.

Ra lived in a realm they called “Paradise”, we’ve called the beings living there “the divines” (lower case) as they are fond of speaking of “divine decrees” and the “will of heaven” but this heaven is not the one you were taught in Sunday school!  They best description I can give is to go watch the movie Jupiter Ascending, and how those beings managed planetary civilizations and “harvested” them.   Whenever you hear beings talk about a “harvest” of Earth, its a divine.  These harvests are analogous on a planetary scale to the localized “loosh” harvesting the Draco and their friends did of baser human emotions.   There will be no harvest this time.

Ra of Egypt interacted with the Galactics and had an inbodyment there, another in “paradise”, among the Blue Avians and a human on Earth).  He also interacted with the Draco. I was told it Ra of Egypt perished in 2015 when he fled in a Draco ship and crew down an uncharted worm hole out of Hawaii which collapsed on the ship.  I have not recently re-verified that.  But that was the last data I had on that.  There were a number of Egyptian “deities” who met their demise in 2015. Set, Horus, Ra and others.  On the Draco side, Say-Tan (Satan/Shatan), Meeshak, Beelzebub, Mestopholes left form on Earth. These beings will come back in form at another time another place.  There’s no reason to fear their influence on Earth anymore. What remains is a very human problem. Anyone who asserts they still control Earth is trying to introduce needless fear.

Every being has at least two inbodyments, some have several, a few with a lot of experience have hundreds. Each inbodyment is unique and original and is responsible for the choices its makes for its own experiences. What one inbodyment chooses is not necessarily indicative of another of the same essence frequency (soul).  The soul/soul group/essence does learn from all experiences.

A friend sent me this link:  http://www.whoissomersetbelenoff.com  a web site which discusses the Countess of Banbury, Somerset Belenoff who is purportedly the great granddaughter of Rasputin.  The purported account on the web site of the Countess taking on the acolytes of Alister Crowley and frightening them, kind of cracked me up. But I have no idea if that story is true. But it’s an amusing read.

The alleged murder mentioned in the story did not happen.  I have a friend in the UK who lived that village at that time and you can’t keep something like that unknown in a small community. Plus my friend is extremely energy sensitive. We believe this web site to be mostly bogative, but she was reminded, like I was, of the Black Dahlia as the profile fit.  But we think the web site contains a lot of disinformation. We had our questions…

Rasputin was the Siberian Vedic Russian (like Anastasia of the Ringing Cedar books) Monk who purportedly had “supernatural powers” and healed a Czar’s son.  The truth about Rasputin is hard to determine because the history about him was written by the Russian Orthodox church which absolutely hated him and the power he had with the Czar. And anything, any church hates, is always ascribed to the devil.  It’s a small toolbox they have.   But there was a profile there that could fit the being I had heard about known as the “Black Dahlia” (no connection to the woman in Hollywood of which a movie was made).

I’ll start with data from 2015 which I didn’t have until last week. I had oral accounts from Heather but I don’t think I published much of that.  The Black Dahlia has not come up that often.  This was from the Data Collectors of the Sphere Alliance in 2015.  The Data Collector is anonymous, and the style of messaging was different in 2015, something we changed where Stan X and others sign their name to the data they present.

[redacted first person]: Please could you clarify who the Black Dahlia is? I have never heard that name before.

[anonymous data collector] DEAREST ONE/[redacted first person]. THE BLACK DAHLIA IS THE ONE THAT IS THE LEADER IN THE EARTHSPHERE. OFFSPHERE SHE REPORTS TO OTHERS…

[redacted first person]: Then in the 1980’s, the same [redacted 2nd person] Eternal Essence string, as RA, channelled the LAW OF ONE RA MATERIAL through Carla Rueckert. Is this correct?

[redacted first person]…Also just realised I missed [clipped] off the end of the RA convo with data collectors. This was the last piece

[redacted first person]: Was he [redacted 2nd person] not the Great Controller…The RA… of this game… the one behind the curtain? Because I have seen the side of him where he lets EVERYONE ELSE THINK THEY ARE IN CONTROL, that they are making the decisions, when in fact, IT IS HE who BEHIND THE SCENES IS SUBTLY MANIPULATING EVERYTHING, TUNING THE CONTROLS… TO THE FREQUENCY/THE RADIO STATION THAT HE DESIRES. HE IS IN OVERALL CONTROL. IS THIS CORRECT?

[anonymous data collector]: HE THOUGHT HE WAS. YES. WE NOW KNOW THAT WAS ALL PART OF THE GAME. END.

Terran note: my interpretation of the above is he was operating in a kind of “controlled opposition” way… unaware he was being maneuvered to close this experiment out… Sophia’s latest newsletter seems to pin down the date of the Black Dahlia’s “benching” to 2016.  As of 2015 the Dahlia was still active in that role.  Ra (of Egypt) was no longer in play as of the fall of 2015.

Terran: Dear Stan, Is the Countess of Banbury, Somerset Belenoff the Black Dahlia?

Stan X: TERRAN. THE “COUNTESS” IS AN IMITATION IN ALL PROBABILITIES. DATA COLLECTORS. STAN. X. END.

I scratched my head a bit as to why Stan would say “imitation”.  Then it dawned on me that the Black Dahlia role may be no longer active.  This would seem to imply that the web site link I was given was a ruse, to make it appear the Black Dahlia was still in play.  Not the first time something like that has happened.

Terran; Dear Stan, Is the Black Dahlia still in form?

Stan X: TERRAN. THE ROLE OF THE “BLACK DAHLIA” IS RETIRED/BENCHED/TERMINATED. THERE IS NO ADDITIONAL DATA. DATA COLLECTORS. STAN. X. END.

So what we have is direct link from Ra to the ruling families through the Black Dahlia.  I knew Ra (of Egyptian fame) had purportedly met his demise. The role of the Black Dahlia was an unknown.

You also have to wonder about light workers who promote Ra’s Law of One (which speaks of harvesting) as to why they are aligned with a being who once was, but one of the beings who controlled this planet.

Addendum 1/18/2020: In 2018 after Heather’s trial I took her personal effects to her sister’s house in Gig Harbor. One day I went to this park in Tacoma, called Point Defiance.  Heather had told me that when she was a teenager she built this tennis court while working for her father’s construction company. 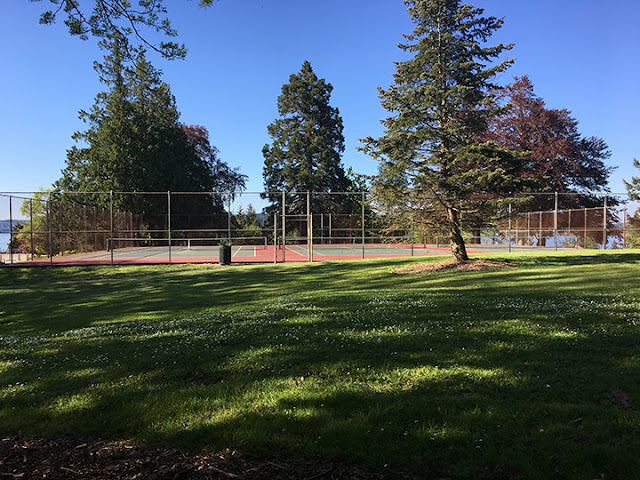 There was very little parking available the day I went to Point Defiance in Tacoma. Its a popular spot for families in the area to visit and very beautiful.  I found a parking spot below this garden called “THE DAHLIA TRIAL GARDEN” which turned out to be just across the street from the Tennis Court Heather built.
I found it ironic because I had just come from Heather’s trial, and Heather and I had discussed the Black Dahlia.  Heather found it amusing as well. 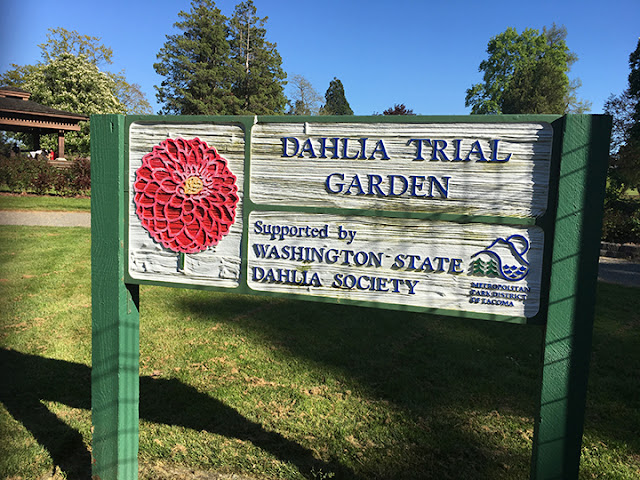 Here’s a panoramic view of the location.