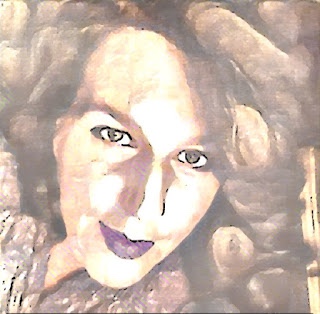 I don’t have a good technical explanation for this SIRI anomaly. Maybe there isn’t a logical one. As a techie for 20+ years I can’t think of a single “logical” reason why this is happening.  I can think of plenty of non-logical reasons….

Since at least May 15 (and I think May 12), my iPhone has been giving me a “SIRI SUGGESTION” late at night of the note in my notepad that was the cut and paste precursor to this blog post:https://terrancognito.blogspot.com/2020/05/hatj-comments-on-perceived-stall-of.html.

What makes this particularly odd is that SIRI is not automatically enabled on my phone, I have to press and hold the button to get it activate. It’s not in a listen and activate mode of operation.  And I will not own an Amazon Echo, or A Google speaker for the same reason I don’t want devices listening to me.  With this SIRI just does it…

The note in question does have very good advice, and I do read the note each time I get this… but perhaps I am missing some point in the note?  I dunno.  Head scratcher! Not like I can email her at this moment…

Here’s a slide show of the screen shots I captured as it happened, and this is not by any means all of them, just the ones I remembered to screen capture.  I don’t think I started capturing them until it happened about 3 times.  Doesn’t happen every night but at least 3-4 times a week.

I’m not claiming to know exactly why this happens, but I have my hunches based on what I’ve seen since 2013.  LOL.
PS: This is not the first time I have had iPhones do weird things. During the summer of 2012 (before I met Heather) I was doing the “Banker Resignation List”. I had to go to the hospital for a couple of days,  One morning at 4 AM, Mumford and Sons “AWAKE OH MY SOUL” began playing really loudly in my hospital room. I was worried it wake people up on the floor.  It would not stop playing and I could not get it to shut off!!  The only way it stopped was to reboot the phone.
There was a repeat incident the next day, a ragtime piano tune was playing on my phone, under the Album title “Danny Elfman’s Music for a Darkened Theatre”, an album I did have.  My wife at the time’s mother was a fan of rag time music and played it well. But I didn’t remember that tune.  When I got home from the hospital I went through that entire album trying to find that piano ragtime song.  It wasn’t there!  WHERE’D IT COME FROM????
In 2016, just after Heather returned to Boston from Morocco, she called me up on my cell phone. My phone has a feature that if the cell carrier isn’t there, it will piggy back on a known WIFI network.  It’s handy at times.  I had borrowed Bev’s Miata, and had just pulled into driveway from a trip to the store.  My phone battery was dead. And I wasn’t near enough to the WIFI to get that.  So I am looking at my phone, I answer it on the speaker, and its Heather AND IT WORKS!!!
Heather “HI!!!!!!!”
ME: “How are you doing that? The battery shows its dead! There’s not even WIFI available…”
Heather: {HUGE LAUGHTER}
Heather: “When I need to talk to you, I Just talk to you! I don’t worry about the details!”