Last fall a man who goes by the name of “Stormy” invited me to stay in Colorado with his friend Lin on a rental basis.  Lin needed a tenant and I needed a place to live.  It was a good fit in a very beautiful location of Colorado.  I left Colorado in early March 2019 due to the issues I was having breathing at high altitude (75000 feet).

I inquired of the origins of Stormy and Lin to Stan X, at their request.  I was told “Stormy” was from the Pleiades and a “wayfarer” by nature (which proved to be spot on) and that Lin was from Sirius and a first time inbodyment on earth.   Stan X has proven over a number of years to be highly reliable.

Lin, was Sirian star seed, newly awakened in 2017.   Like many newly awakened or “red pilled” people, she was watching every video she could about those who control this planet.  Lin kept asking me “when will this all be over”?  I get asked that a lot!  “When” is not an answer I have!  And “SOON” gives no satisfaction.  Most everyone in America is in economic distress or barely getting by.  Food inflation in recent years has really eaten into the money people have.

I do know that everything that sustains the would be controllers has been taken away, and that’s primarily the money systems. So whatever energies they have left is coming from their personal stockpiles.  Have you seen the recent photos of former Pope Ratzinger?

People want more than anything hope for the future. For them an especially for the children. The very thing the controller owned corporate media suppresses the most. And the media is terrorizing children making them believe climate change will kill them.  We are in the midst of a frequency war, depression and despair vs joy and happiness, hatred vs love and kindness. Which do you tune into?  These frequencies come both left and right.

Lin was an amazing woman. She had about 4 businesses of her own (which I won’t list here) that she earned her living from, including AIRBNB-type arrangements with spare rooms in her house.  In my case I had a private kitchen. She was a no-nonsense personality full of energy.  And a smile as wide as the Colorado skies. I’m guessing that may be the nature of Sirians?

She asked me a lot of questions, and we spent many evenings talking. She was often skeptical of my answers but accepting that I believed them, which I have no problem with, its better people find their own “proofs” of the data they get. In the end you have to depend on internal resonance of the data presented.

Lin unexpectedly passed in early June from Kidney failure.  I honestly thought she’d outlive me, given the difficulties I was having in Colorado.  She was in her early 50s.  I don’t know the causes. Colorado water in that area is highly mineralized. Its also easy to get dehydrated in the high mountain air.  I kept a humidifier going the entire time I was there, which I haven’t needed in Texas. I am not going to speculate on the cause of kidney failure because I don’t know.

I was wondering out loud to Denice about Lin’s status, as my mother returned to her Andromedan form in stasis when she transitioned. I asked this since the subject of Sirians came up with the GFL.

l had always felt my stay in Colorado was not accidental. Just unknown to Lin and myself.  Is it connected to the GFL coming into awareness? I don’t know.  Life has strange connections sometimes.

Many thanks to the GFL responding with this answer about Lin!

Terran to Denice: I wonder if Lin returned to her Sirian body after transitioning in June?

GFL: TERRAN. “LIN/N” IS RESOLVED TO A NEW FORM. THERE WAS NO NEED TO RETURN TO AN “OUTDATED” MODEL. AS YOU ARE AWARE. UPGRADES ARE FLOWING NOW. AND AS ALL FLOWS. THE FORMS IN “STASIS CHAMBERS” ARE “LAX”. WITHOUT “ESSENCE” INVIGORATING THE INTERNAL SYSTEMS OF THE FORMS. THERE IS NO “UPGRADE”. THE HUMAN “UPGRADE” IS RECORDED NOW. NOTED ARE THE MANY “SYMPTOMS”. SOME SYMPTOMS ARE TOO GREAT TO BEAR FOR THE “OLDER MODELS”.  NOW RETIRED.
AtoZ. Transmitted.

Heather told me in Italy that many ET races are moving to human forms as it has the latest DNA incorporating advanced abilities.  Lin had a human form on Earth, now she has a new advanced one.

Death is an illusion. There is no judgement. There is only transition of being.  Sometimes to formlessness, sometimes to a new form.  And in some cases to stasis bodies in waiting for those who came here on a mission.

It is time to take action again! It is time to take the destiny of our world in our own hands! We all agree that the process of planetary liberation is taking too long. Here is our chance to collectively speed up the process. Therefore we are using the opportunity of the total Lunar eclipse on January 20th/21stto create a portal through which we will unify our consciousness and enlighten the energy field around the planet.
Make this viral! Share it worldwide! Please post it on your websites and blogs. Invite spiritual groups to join us. If you know an alternative media outlet, you can send it to them. You can create a Facebook event for your local group of people doing this in your part of the world. We also need one main Facebook group for this event. You can create a video about this and post it on Youtube.
Scientific studies have confirmed positive effects of mass meditations on human society, so each of you that will participate in this meditation can actually help bringing the Event and Full Disclosure closer to us:
http://thespiritscience.net/2015/06/18/studies-show-group-meditation-lowers-crime-suicide-deaths-in-surrounding-areas/
http://www.worldpeacegroup.org/washington_crime_study.html
This meditation helps the Light forces to ground the energy of Light on the surface of the planet to resolve the deadlock between the Light and the dark forces, finally setting humanity free. Number of people doing that meditation is the single most influential factor within the power of the surface human population for speeding up the process.
We can reach the critical mass of 144,000 people doing this meditation! This will create a massive healing chain reaction in the energy field worldwide. The Light forces will have their focus on the whole American continent (North and South America), which will be completely covered by the eclipse:
https://www.timeanddate.com/eclipse/lunar/2019-january-21 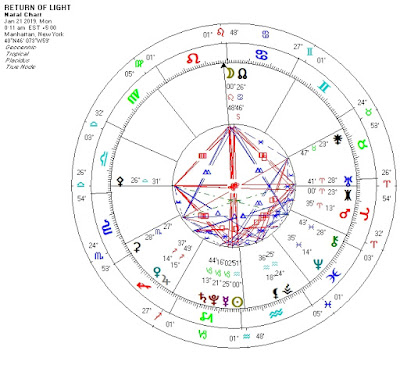 Astrological chart for our meditation shows a powerful Grand Square between Moon and Lunar node conjunct, opposing Sun and Mercury, and squaring Uranus, Eris and Pallas. Multiple planets in this chart are making numerous powerful aspects (around 20 aspects in total!) with the Galactic Center, Pleiades and Sirius. This powerful configuration creates a point of maximum tension which is released in a big cosmic breakthrough.
At that point, Cosmic Central Sun will send a huge pulse of Light throughout the whole Creation. This pulse will be a trigger for the beginning of the final removal of all darkness from the Creation and a trigger for the beginning of the preparations for the new cosmic cycle.
The Light Forces have a certain plan for that day and that plan will be revealed only after the meditation is completed.
The purpose of our meditation is to anchor as much Light as possible on the surface of the planet.
We will be doing this meditation at the moment of the maximum of the Lunar eclipse on Monday, January 21th at 00:11 am EST in New York. This equals 2:11 pm JST in Tokyo, 1:11 pm CST in Taipei and Beijing, 7:11 am EET in Cairo, 6:11 am CEST in Paris, 5:11 am GMT in London. Central and western part of US will still have Sunday, January 20th , the timing will be: 11:11 pm CST in Chicago,10:11 am MST in Denver and 9:11 pm PST in Los Angeles.
You can check the time of the meditation for your time zone here:
https://www.timeanddate.com/worldclock/fixedtime.html?msg=RETURN+OF+LIGHT&iso=20190121T001111&p1=179
Instructions:
1. Use your own technique to bring you to a relaxed state of consciousness.

2. State your intent to use this meditation as a tool to bring the Light to the surface of the planet.

4. Visualize this Light transmuting all remaining darkness of this Universe until only Light remains. Visualize a new grand cosmic cycle beginning, bringing pure Light, Love and Happiness to all beings in the entire Universe.

5. Lift your hands above your head and begin to rotate your body clockwise.

6. While doing that, sing mantra iiii (pronounced ee-ee) so that it vibrates throughout your body and visualize your body morphing into a brilliant pillar of Light, with millions of rainbow colored stars scattered within that pillar of Light.
7. Keep singing the mantra and rotating. After a few minutes, drop your hands close to your body and continue rotating clockwise.
8. While doing that, start singing mantra eeeaaa (eee is pronounced as e in “America” and NOT as e in “Venus”, and a is pronounced as a in “America”) so that it vibrates through your body and visualize a rainbow vortex of Light expanding from your heart outwards throughout the whole planet.

Suggested time for our meditation is 20 minutes.

Goddess wants Light and Light it will be!

Updates about the Return of Light Meditation:
http://2012portal.blogspot.com