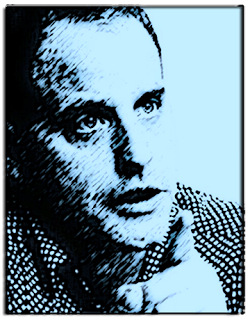 “ For example… the full moon on October 2nd, looked bright yellow and had a happy face on it.  Now we have a blue moon, a hunter’s moon, and a micro-moon appearing simultaneously on Halloween. This to have suddenly been announced although I am sure reasonable explanations will be made for it.  While blue moons are not actually supposed to be blue, take a look with your own eyes on October 31st.  If it is actually blue, you will know these are indeed extraordinary times we are living through.

Also, the planets Mars and Venus seem to be shining brightly and close together every night.  News reports explain the brightness of Mars, for example, by saying things like “Mars opposition happens about every two years, but this year is particularly noteworthy because it’s the closest the red planet can get to Earth.”

Of course, this could all be a coincidence, but then why shut down all the observatories?  NSA sources also say the planets are moving in un-explicable ways. ”

Terran: Are the planets in the Sol system moving in strange new ways?

Terran note: I have been aware since the autumn of 2014 this entire reality in this solar system was going to be restructured back to prime.  I didn’t know the exact specifics of the details.

What existed and became our “normal” was engineered to create a belief humans were separate from the Creator of All.  That separation was both structural and belief driven.

What few know, is Earth is the projection point of what we think of as the Universe.  Not in terms of rotational center but in terms of prime creation point. Before the “WHAT IF?” experiment, Earth was “PARADISE”, quite literally.

What various esoteric writings call “densities” (frequency bands of existence) were separated from the unity they once had with other frequencies to create the separation. The experience of separation was an unknown – except for the fact it was unsustainable.  It was not known in advance how bad it would get for those experiencing it. Some frequency bands were left unused and unaccessed.

What some call “ascension” is simply a return to Original.  Original frequencies fully experienced by original beings.  A handful remember Original, most beings chose to come form later when it was far more advanced in its creation, some call these new souls, there is no age on souls or essences, they are eternal, some just have less experience inhabiting form. The collapse of spiritual, commercial, and governmental hierarchies is an inevitable fallout of these in rushing frequencies.  Beings who could manipulate humanity from unperceived frequencies of our senses will be seen.  Death will be shown for the illusion it is, as some return.

Many of us are having eye focusing issues as our eyes adapt to these new frequencies.  It’s not a matter of “raising your frequencies” to inhabit this new realm, it’s simply about letting go what no longer serves the all.  You cannot help but “ascend”, unless you are a control freak with power over others addiction, which if not curbed will mean your body is no longer viable in the new environment.  And that is a very tiny portion of those living here.  It’s about a return to heart.  A return to Prime.

Those that think they own humanity have pulled out all stops to retain control, and its especially notable in how they use the COVID virus from China to create their “NEW NORMAL” of absolute tyranny to the extent they want to control your breath.  Similar ideas are couched behind the phrase “The Great Reset” and “Build Back Better” as they attempt to impose carbon taxes (to restore capital flows that have been cut off by Heather’s law filings against monetizing human beings).

You’re  also witness to an all out campaign under the guise of reform to phoenix the financial system under Chinese Dragon control (and they control the current system).  The red herring is the “western cabal”, who were always just proxies for the Chinese Dragons. A pig with the lipstick of cryptocurrency and quantum computers is still just a pig with shiny lipstick. All this will fail, and it will only accelerate the awakening of humanity. They forestall nothing. The Chinese Dragons lost custodianship of humanity’s value for their malfeasance.

Unimaginable change is coming and on our doorstep.  And you will experience it while in body.

“… will wipe every tear from their eyes.
There will be no more death
or mourning or crying or pain,
for the old order of things has passed away.”
Rev. 21