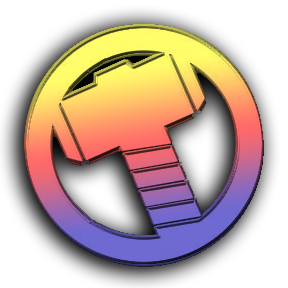 Terran: Got time for Thor?

Denice: Go for it.

Thor wrote in a separate message: “THE “SPACE BETWEEN US” DEEPENS.  CAUSE UNKNOWN. REMEDY UNKNOWN AT THIS MOMENT OF NOW. “

Terran: What does this mean?  You are less likely to be seen?

Thor: TERRAN. THERE IS NO DATA TO PROVIDE A “CONCRETE” ANSWER TO YOUR QUERY. THE MORE WE “PUSH” THE MORE WE ARE “PUSHED BACK”. FEEL ME? THOR.

Terran: Thor what did you mean “Space Deepens”?

Thor: TERRAN.  EXACTLY THAT. FEELS WE ARE LOSING GROUND. AN IMAGE?  THOR.

Terran: I’m seeing earth in a reddish bubble pulling away?

Terran note: I missed the stream… or picked up on something else entirely…

Terran: Images of protesters? [Image of an innocent white man face down in the gutter being beat up by Antifa, difficult to watch, but you’ve seen similar video footage.]

Terran: Am I on track or no?

Terran: I’m seeing a guy getting the crap beat out of him

Terran: Discussions of controlling the populace in general, mostly middle aged women in the conference.  No talk of restraining Antifa…

Terran: Someone is noticing me [A man in long hair stands in the corner of the room as if he looking at me with curiosity rocking his his head like a confused dog.]

Terran: Don’t know if this is related but seeing subterranean energy field

Terran note: When I briefly lived in Portland in the summer of 2018, I noticed a very peculiar type of cell phone tower in the city, single black cylinders on poles with very thick cables going into the ground.  Unlike normal cell towers there were no adjacent telco boxes.  There’s a very large example of this at large mall in Beaverton which does have telco boxes near it.  The ones in downtown and residential Portland do not. Are they frequency modulators to affect human emotions?  I felt at the time some long term plan was in play in Portland. Antifa was already active by small.  I’ve not seen these in other cities.  And I have driven a lot in the last 3 years. 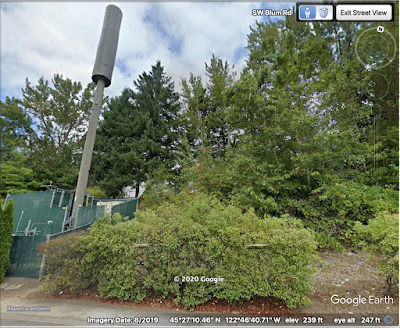 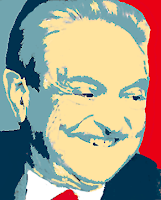 Terran: Is there a query ?

Terran: Well it’s something I’ve been concerned about since last January. The slow pace of things (aka “the plan”) was allowing some pretty nasty plans to be laid. The “left” has been bingeing on hate propaganda for 4 years from a media devoted only to removing DJT by any lie possible. There is no logic in their reasoning. I’m also getting the thugs are getting money and cocaine (makes them aggressive and it’s also an anesthesia).

Thor: TERRAN. PRESENT REMEDY  IS SLIM TO NONE FOR NOW. THOR.

Terran: [redacted] asserts Blackwater is quietly picking them up for the Feds. [what could go wrong there? ?]  I don’t think there’s much you guys [non-locals] can do other than watch it play out.

Thor: TERRAN. LIKE PLUCKING AN EYELASH FROM THE HYDRA. IN HUMOUR. THOR.

Terran: It is galvanizing the quiet ones to vote and arm themselves.

Terran: Perhaps even a hydra can go blind…

Terran: There’s some evidence a space based DEW is igniting forest fires. I found a video of a flame throwing drone.

The providence of the above video is unknown,  I’m simply reposting it.
I make no claim that is Oregon below. I don’t believe its CGI.

Terran: I’m noticing a huge shift. People are ignoring the masking here after the CDC statistics were corrected to exclude deaths from other causes and counting errors,  but this is Texas and it’s quite different than the Pacific Northwest.

Terran: Half of my ride share customers Friday night did not wear masks.

Terran: My neighbor said someone ripped down the mask required sign at the local Dollar Tree and they’re not putting it back up nor requiring masks.

Terran: This is all in the last week

Terran: Got a question for you, the Schumann graph shows what looks like digitally generated wave forms (square wave artifacts) is that from you guys or earth based?

Thor: TERRAN. EARTHSPHERE BASED IN ALL LIKELIHOOD. THOR.

Terran: Trump has an insurrection on his hands.

Terran: It feels to me it has Chinese funding via Soros and large corporations donating to BLM

Terran: We will get through this. There’s been a lot of repressed rage.

Terran: There are specific laws that go way back regarding insurrections.

Terran: There’s a huge wave of people migrating from California to my area.

Terran: I don’t know what Trump will do…  it’s a tricky 6-7 weeks coming up

Terran: The DNC candidate for VP has already declared she will go after opposition with a vengeance if put in office.

Terran: Heather has specific experience with that one, at Occupy LA.

Terran: Americans are watching carefully the Australian state of Victoria, and it’s local dragoon’s.  They know it could happen here.

Terran: I would say don’t give up hope on us.

Terran: There are far more awake than last year

Thor: TERRAN. IN NO WAY HAVE WE GIVEN UP HOPE. WE REGRET THAT WE CANNOT PROVIDE SOLACE FOR YOU AND YOURS. THOR.

Terran: I don’t think anyone here realized the level of infiltration into government.

Thor: TERRAN. NO THING IS WHAT IT SEEMS. EVEN TO THE DEPTH OF THE CORRUPTED. THOR.

Terran: I never know what to make of “nothing is what it seems” are we underestimating then task or are some of the contrast purposely crashing their own house?

Thor: TERRAN. NEVER UNDERESTIMATE THE HOLDING POWER OF THOSE WHO FEEL IN THE “RIGHT”. THEIR STRENGTH IS FORMIDABLE. EVEN NOW. THE LENGTHS OF HORRORS THAT ARE COMMITTED IN THEIR STEAD IS UNFATHOMABLE. THOR.

Terran: They are psychopaths. It’s what psychopaths do.  We wish they’d suddenly be beamed off the planet but that doesn’t seem to be in the cards

Thor: TERRAN. THE “REPLACEMENTS” WOULD BE MUCH WORSE. NOW. THOR. END.

Terran: I think what we all here feel is an acceleration of events and even if it’s chaos it’s easier to deal with than an extended drip of this stuff.

Thor: TERRAN. AS LITTLE AS IT SEEMS RIGHT IN THIS NOW MOMENT. WE ARE WITH YOU. THOR. END.

Terran: I’d like to think that would include a lift if worse came to worse. LOL… But I’m prepared for however it goes.

Thor: TERRAN. ALL ARE “WELL”.  IN ADMIRATION. WE CLOSE WITH A FREQUENCY. THOR. END.