Related  John Dee & The Empire of Angels – Outlining Project Apocalypse & Enochian Magick (Video) Stillness in the Storm Editor’s note: Did you find a spelling error or grammar mistake? Send an email to corrections@stillnessinthestorm.com, with the error and suggested correction, along with the headline and url. Do you think this article needs an update? […]

(Stillness in the Storm Editor) The mind is the most powerful tool we have in this life. It works with the heart, using the energy of emotion (energy in motion) to organize consciousness into our subjective experience—what we feel, think, and intuit. But how many of us realize that the thoughts we think and things we say (especially to ourselves) act like "spells" to transform the mind and its creative power? If we aren't careful, if we react impulsively (mindlessly) and without care, the spells we cast (or the programs we make, using a psychology perspective) can distort our beingness. Everything we think, feel and do passes through the allness of our consciousness, and therefore, if we can become master gardeners or spell casters, using white instead of black magic, the lives we lead will be fruitful for us, and the world. Be the coherent change in your life and the changes you make will reshape the world for the better.

(Caroline Myss) I don’t care what people say about how people don’t “cast spells” anymore; that simply isn’t true. In fact, I wish we would cut to the chase with all our sophisticated language and call things as they are: people are under spells. They aren’t simply “influenced” or “emotionally traumatized.” That’s nonsense. Spells are real. And there are people who are “spell casters”; in fact, all of us have a bit of the spell-caster in us. Let’s face it; advertisers are professional spell-casters. And there then are politicians… whewie. I don’t intend to get started down that road, tempting though it is. But come on now…we’re in a war and all the reasons why we entered that war have been shown to be erroneous….and so like where are the protests in the streets? All the spin spell-casters in Washington had to do was drum up some other fictitious reasons for being in Iraq and poof – another spell is cast. But we’ll leave that rest and focus more on the day-to-day ground level spells that seep in subcutaneously over lunch with friends, for example, or while you’re watching television, sitting by yourself all psychically defenseless, only to discover that by the time you wander off to bed you’re feeling awful about yourself, but you don’t know why.
Read more » 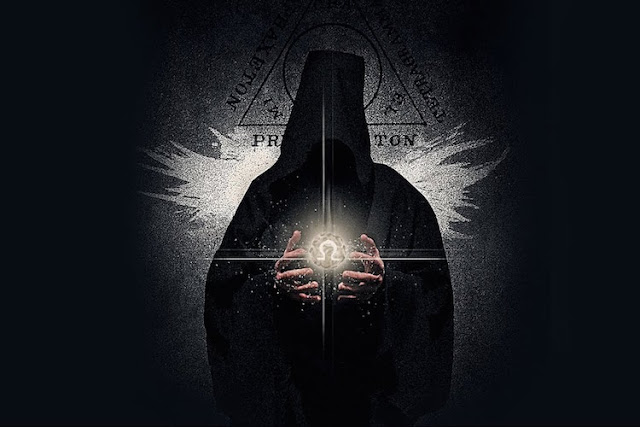 (Nathaniel Mauka) The ‘spell’ in spelling was meant to create a magical trance over you – to obstruct the true meaning of the essence of the Creator. Many occult (33-degree freemasons, illuminati, cabal, etc.) secrets are hidden within spelling and grammar, but it doesn’t take much digging to reveal them.
Read more »