There are test-tube babies and three-parent babies, and both generate plenty of controversy. But as it stands, making a baby still requires an egg from a mother and sperm cells from a father. Scientists say that won’t always be the case, though, because someday it will likely be possible to make babies from skin cells alone.

Last year, scientists in Japan revealed that mice had been born of eggs made from a parent’s skin cells, and researchers believe the same technique can one day be used in humans. [1]

Known as in-vitro gametogenesis, or IVG, the process allows eggs and sperm to be created in a culture dish in a lab.

The discovery could virtually wipe out infertility. It would allow same-sex couples to have children that are biologically related to both parents. A single woman could conceive on her own. The resulting embryo could be implanted into a mother’s womb, or into an artificial womb. Through IVG, the world could also see babies born with a single genetic parent or more than two genetic parents. [1], [2]

Kyle Orwig, a reproductive scientist at the University of Pittsburgh, says:

“It will create an option for people who have no options.” [2]

In the future IVG could spell the end of infertility, but there are multiple ethical concerns surrounding the controversial technique.

First, the Oxford Academic Journal of Law and the Biosciences published in 2015 a paper by Sonia M. Suter, professor of law at George Washington University. Her paper referred to single-parent babies as “incest on steroids” because it increases the risk of certain types of genetic disorders.

“Solo IVG — unlike ‘natural’ reproduction – increases the possibility of homozygosity (identical genes) for recessive genes, contributing to a greater risk of disease and disability.” [1] 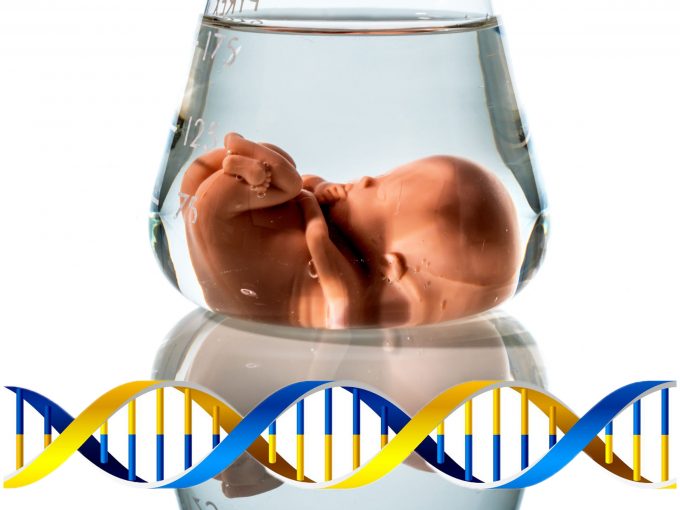 According to Suter, IVG is riskier than cloning. Genetic diagnosis could be used to detect diseases before implantation, but it wouldn’t erase the risk.

In-vitro gametogenesis, combined with gene-editing technology, could be used to create “designer babies” – a worry at the very forefront for George Daley, dean of the Harvard Medical School in Boston. He says:

“One of the things I’ve been most concerned about is the use of IVG coupled with gene editing and modification to select specific traits.”

And then there’s the creepy potential for skin thieves – people who “steal” skin cells for the purpose of making a baby. Someone could give a person a light fingernail scratch and use the skin to start a family.

Another ethical concern of scientists is that:

“IVG may raise the specter of ’embryo farming’ on a scale currently unimagined, which might exacerbate concerns about the devaluation of human life.” [3]

“With science and medicine hurtling forward at breakneck speed, the rapid transformation of reproductive and regenerative medicine may surprise us. Before the inevitable, society will be well advised to strike and maintain a vigorous public conversation on the ethical challenges of IVG.”

IVG for use in humans is a long way off; but depending on the speed at which it is studied and perfected in humans, it could become a possibility much sooner than expected.