(Daisy Luther) Right now, every prepper I know is busily trying to tie up any loose ends before the pandemic outbreak racing across the country becomes even worse. They’re buying last-minute supplies, securing their homes, and organizing their plans. They are managing their families, many of whom aren’t taking the situation seriously.

The post You Probably Won’t Handle This Crisis “Perfectly.” That’s Okay appeared on Stillness in the Storm. (Exploring Your Mind) Being happy doesn’t depend on having a problem-free life. However, it does depend on how you choose to think about what happens to you. Do you see threats or challenges? Mistakes or learning opportunities?

The post The Absence of Problems Doesn’t Guarantee Happiness appeared on Stillness in the Storm. (Graywolf) One of the things we constantly got in trouble for in the Army was lack of attention to detail. Missing a spot on your inspection boots (back when we used to have to shine our boots), an incorrect alignment of ribbons on your uniform, or forgetting a detail in the instructions you were given for the day could get you extra physical exercise or duty – or sometimes worse.

The post Secrets of a Counterintelligence Agent: How to Increase Your Situational Awareness appeared on Stillness in the Storm. (Tess Pennington) Imagine this scenario: It’s the year 2005 and you are living in the heart of New Orleans. A hurricane is threatening to hit and even though the city sits 8 feet below sea level, you choose not to evacuate or even prepare because you’ve seen many hurricanes threaten to hit the city and it never makes landfall, so why prepare for this one? Days later, your great city is almost completely flooded from Hurricane Katrina and over 1,800 lives were claimed including some of your neighbors because, like you, they decided not to leave the city. Now you are left without electricity, water, and dwindling supplies. To make matters worse, supply trucks are cut off, the police and emergency services can’t meet the needs of the people and there are looters breaking into homes for supplies.

The post 20 Hurricane Survival Tips From Real-Life Scenarios appeared on Stillness in the Storm. The post 11 Military Hacks That’ll Make Your Life Easier appeared on Stillness in the Storm. (Frances Bloomfield) The best way to get out of any bad situation is to avoid it in the first place. This is what makes situational awareness so essential a survival skill. In a nutshell, situational awareness is paying attention to your surroundings, processing what you’ve perceived, and basing your actions on your observations. Possessing a high degree of situational awareness is something you and your family should all strive for. Fortunately, you can develop it with a lot of practice, a fair bit of time, and the OODA Loop.

The post Critical Survival Skill: Teach Yourself and Your Kids Situational Awareness appeared on Stillness in the Storm.

When it comes to beating cancer, Americans are beginning to see some positive numbers. The latest annual report on the status of cancer in the U.S. shows that cancer death rates decreased by over 1.5% for men, women, and children; and survival rates for early and late-stage diseases “significantly improved.” But are these figures good enough? [1] 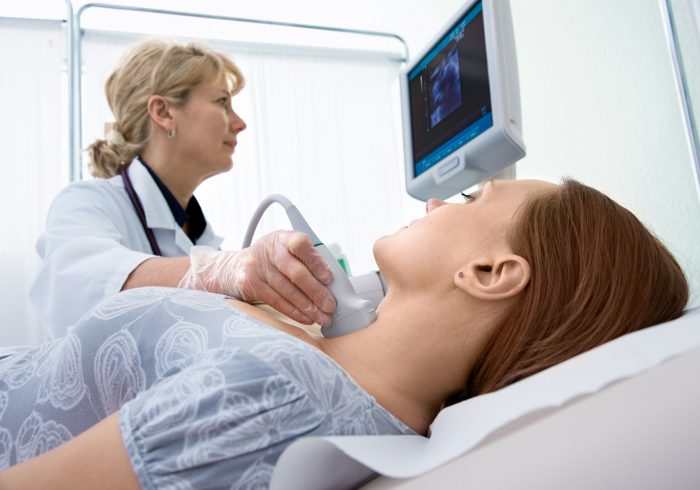 The report’s data come from data collected from 2010 to 2014 and were compiled by the Annual Report to the Nation on the Status of Cancer. It’s published in the Journal of the National Cancer Institute.

“The continued drops in overall cancer death rates in the United States are welcome news, reflecting improvements in prevention, early detection, and treatment. But this report also shows us that progress has been limited for several cancers, which should compel us to renew our commitment to efforts to discover new strategies for prevention, early detection, and treatment, and to apply proven interventions broadly and equitably.” [1]

Overall cancer death rates are still falling in men of all racial and ethnic groups, but some bad news was tucked into the report. An upward trend in survival rates among men and women with liver cancer persists, and more men are dying from cancer of the pancreas and brain. Women had a rise in deaths from cancer of the uterus. [2]

The 5-year survival rate of:

The types of cancer with the highest 5-year survival rates include:

Despite numbers getting (arguably) better, the study’s authors say doctors must continue to doggedly pursue new treatments and note that many of the drugs currently on the market are too expensive for many patients to afford. They write:

“Some of the new cancer drugs cost $10,000 per month and are not affordable even by most insured patients because of the high out of pocket expenses, which are about 20 percent of the drug’s cost for Medicare-insured patients.

We must not only intensify efforts to develop effective targeted therapies and find cures, but also heighten our efforts to broadly and equitably apply proven preventative measures.” [3]

Journal of the National Cancer Institute

Since World War 2, the idea of “better living through chemistry” has remained persistent throughout the world. We have been told that we can’t live without chemicals, and that we would starve without spraying our crops with the chemical-stew we call pesticides. But is this really true? According to a report, we’ve been lied to about the necessities of these chemical concoctions.

The new report is strongly critical of the corporations that manufacture pesticides, accusing them of unethical marketing, systematic denials of harm and lobbying governments to prevent regulations against chemical usage. It describes catastrophic effects on the environment, human health, and society, including 200,000 deaths a year from acute poisoning. “Acute” does not include whatever chronic illnesses that pesticides and other agricultural chemicals may cause.

About the supposed “benefits” of pesticides, “it is a myth,” said Hilal Elver, the UN’s special rapporteur on the right to food.

“Using more pesticides is nothing to do with getting rid of hunger. According to the UN Food and Agriculture Organisation (FAO), we are able to feed 9 billion people today. Production is definitely increasing, but the problem is poverty, inequality and distribution.” [1]

Many of these pesticides are used on commodity crops, such as soy and palm oil, which are often not used in food. Elver has visited Paraguay, the Philippines, Morocco and Poland in order to write this report, and says that while corporations will always deny the nasty effects of pesticides, the testimony of the people still stands.

One disease connected to pesticide exposure is one of our biggest killers: cancer. Multiple studies have shown that pesticide exposure, whether at home or after parental exposure at work, is linked with an up 6 times increased risk of childhood leukemia. For brain cancer, exposure during pregnancy has been linked with the greatest increased risks, as well as home and garden use. There is also some evidence linking pesticide use to other childhood cancers such as Wilm’s tumor, retinoblastoma (eye cancer), non-Hodgkin’s lymphoma, and neuroblastoma. [2] [3] 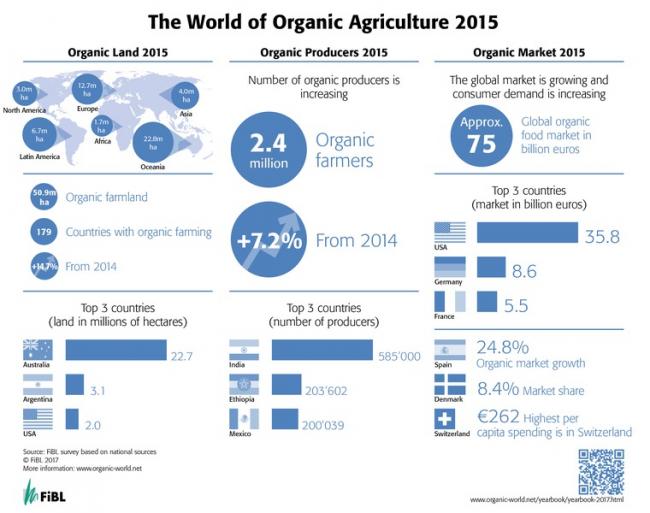 Fortunately, organic agriculture is more popular than ever. In 2015, the number of organic farmers stood at 2.4 million, up 7.2% from 2014. Organic farmland was up to 50.9 million hectares, up 14.7% from 2014. The highest market share was Denmark, at 8.4%, while Australia has the most organic farmland at 22.7 million hectares (as we are a quite arid country, the quality may not be as high as in other regions). India has more than half a million organic farmers, the most of any country, with Ethiopia and Mexico following at over 200,000 each.

If the UN officially turns its back on pesticides, it will not be a groundbreaking act. Instead the organization will be catching up to the rest of us. [4]