The U.S. Food and Drug Administration (FDA) is tasked with making sure that drugs and medical devices are safe and efficient for Americans to use. However, it appears that the agency doesn’t take its job seriously enough, because a new study shows that nearly 1/3 of medications approved from 2001 to 2010 had safety issues years after they were made widely available to patients, and some were quite serious. [1]

The study, published May 9 in JAMA, shows that 71 of the 222 drugs approved during that time period were withdrawn, required a “black box” due to their side effects, or warranted a safety announcement about new risks.

“While the [Trump] administration pushes for less regulation and faster approvals, those decisions have consequences.”

A 2015 independent analysis of drugs approved using the agency’s expedited approval process found that the trend of speeding approval “is being driven by drugs that are not first in class and thus potentially are less innovative.” [2]

But President Trump isn’t the first president to pressure the FDA to speed up its drug approvals.

On December 13, 2016, President Barack Obama signed the 21st Century Cures Act. The law provides speedier routes to approval by pushing the FDA to consider evidence beyond the normal 3 phases of clinical trials. The move upset many researchers who feared the law would allow the approval of drugs that haven’t been adequately studied.

Says Dr. Vinay Prasad, a hematologist-oncologist and professor at Oregon Health and Sciences University, who wasn’t involved in the study:

“I’m actually sympathetic to the idea that there are ways in which the FDA can be more streamlined and do a quicker job. The one place you don’t want to cut a corner is safety and efficacy prior to coming to market.”

According to the study, during the first decade of the millennium, the FDA approved drugs faster than the U.K.’s Medicines and Healthcare Products Regulatory Agency (MHRA), the majority of clinical trials in drug approvals involved fewer than 1,000 participants, and lasted 6 months or less, according to the findings. [1] 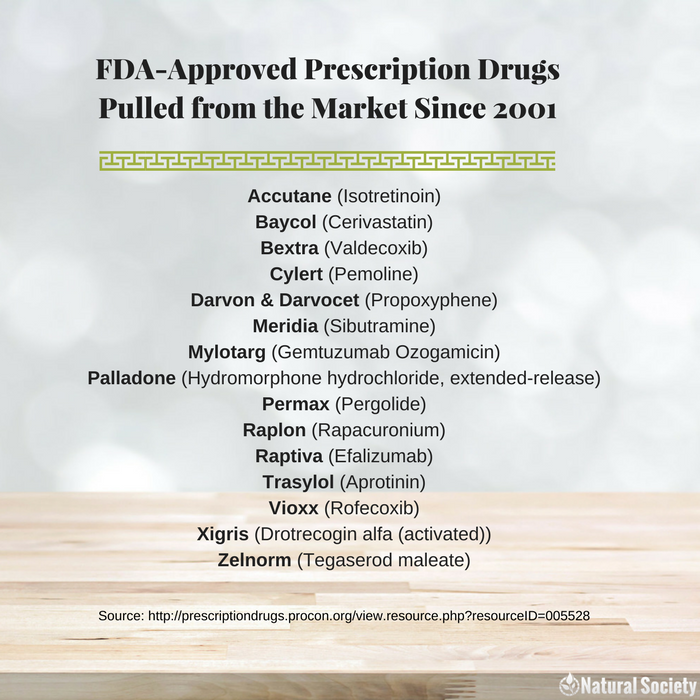 On average, it took 4 years and 2 months after the drugs were approved for safety issues to emerge. The most troublesome drugs included psychiatric medications, biologic drugs, drugs granted “accelerated approval,” and drugs that gained approval at the tail end of the regulatory period.

But drugs that were granted accelerated approval had the worst track record. Dr. Nicholas S. Downing, an author of the study and a resident physician of internal medicine at Brigham and Women’s Hospital in Boston, says:

“The key message with all new drugs and technology is that there is an ongoing learning process that will continue through the lifetime of the drug.

Downing says that scientists need to continuously test drugs to make sure they work with a wide range of variables, and used aspirin as an example. The medication has been used for hundreds of years, yet “there are still countless new studies coming out, and we learn more about it all the time.” [2]