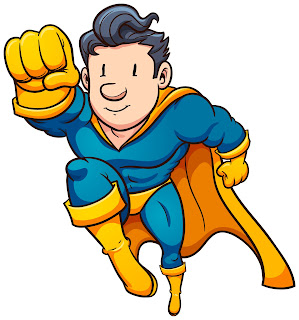 Last Thursday my car started misfiring.  I thought at first it was the air conditioner compressor locking up because of the heat as it seemed to subside when I shut the air conditioner off.  It was a really hot day somewhere in 100F range.  There was also three solar flares and a CME coming in.

I limped into the parking lot of an Autozone parts store. They are really good about using their decoder device to read the codes from the car computer on what is going wrong.  The guy this time didn’t seem to have the more advanced reader, but he plugged it in and got the codes.   He says “we’ll its misfiring on cylinder #2 and I have never ever seen this code pop up ‘replace engine'”.   That latter part of his statement shook me, but then I realized he was getting the translation of the codes from the company computer they sell from, so it could just be plain wrong and they have a vested interest in selling rebuilt engines.  But I honestly think the engine replacement part is just plain bogus.  I have seen this before.  I might have been able to drive it home but unburnt gasoline can put a lot of carbon into a cylinder.  I was extremely uncomfortable driving it farther than 10 miles in that condition.

Honda’s have an ignition coil that sits above the spark plug, and some low voltage wires plug into that from the device that determines the spark timing from the car computer.  It seems like over kill to have a coil for each spark plug because old cars only had one coil and used a mechanical distributer cap, but in reality it enables very precise timing on cylinder timing which can be affected by temperature, fuel, load etc. and it actually saves on fuel and makes the engine more efficient.

I have had this problem crop up before when I was in Portland doing ride share driving at the airport.  In Portland the mechanic replaced the coil and I drove it home. Seemed fine, then it was misfiring the next day so I took it back.  Turned out there was also a cracked spark plug  Once that was fixed it was fine.  The problem occurred again in 2019 when I returned to Texas.  But I think it was a different cylinder.   I took it to a mechanic and it was fixed. The car is 11 years old and the plastics which make up the coil insulation could be getting old.  They were manufactured at a time that had very different energies.  Both prior occurrences happened when there was some kind of solar event and now this is the third time its happened since 2018.  Otherwise the Honda has been an extremely reliable car. Its a known quirk of this model.

So here I was with a car that was not running right, which likely would be damaged if I drove it the 60 miles back to my home, and I’m parked in Round Rock, Texas not far from I-35.  I was on my way to the chiropractor and my back was killing me, but I never got there. My back went out of place just prior to coming down this COVID variant, and I had to deal with all that while sick because I didn’t want to spread whatever it was I had (now cleared).

I called AAA, then realized I hadn’t paid the renewal after I asked Bev to split me off her AAA account.  It was an expense she shouldn’t carry.  They would not give me the discounted towing rate until after a week as my coverage lapsed.  I recently got this AARP card (never thought I’d get one of those!) which I got as part of my Medicare supplement insurance as I became eligible for Medicare in August. There was a towing “rescue” option and the towing was arranged through Allstate Insurance.  I used the app and it said it would cost me $378 to get towed home.  But the tow truck never came and it was hotter than heck out.   So after a couple of hours of that I canceled the tow request but it took until this Tuesday to have the charge reverse off my bank account.   I called AAA to see if they’d bend the rules, they had done that before in Southern California but they weren’t budging and quoted me nearly $600 to get my car towed.

I was hot, felt heat exhausted and my back hurt like hell.  I talked to the parts store and they assured me my car would not get towed away if I left it there overnight.  I’d figure out what to do when I had cooled off and rested and rehydrated.  I called Uber and a very nice Kenyan man drove me home.

My retired policeman friend, who I will just call “Hero” found a U-Haul towing trailer the next morning and he drove me first to the chiropractor to get me pain free, then to my stranded car and we loaded up the car and headed home.

I wanted to repay his kindness so I offered to buy a Mexican food lunch.  We pulled off the highway and parked the SUV and trailer and ate lunch.  When I went to pay for the lunch, the cashier asks me if I had any cash.   All the solar activity brought down their computer network and they couldn’t accept cards.  I didn’t have any cash on me. I just had my debit card.  “Hero” did have cash and paid for the lunch so I now owe him for the trailer rental and the lunch (if he will even accept reimbursement – he often doesn’t).  “Hero” is a good Christian man in the best traditions of those beliefs. He’s the kind of police officer we really need more of, those who serve others. He’s the best of Texas law enforcement.

I called my mechanic to see if we could drop my car off at his business until he could get to it.  He informed me he was booked solid until the 21st.  I said okay and hung up.  I needed my car before the 21st and asked my friend to just take it to my house.

I pulled up a YouTube video on replacing Honda ignition coils and it was surprisingly easy to do.  I used to do car mechanic work on my cars when I was a young man, my dad had a car repair business and had lots of tools.  But after I got into computers I disliked banging my knuckles on metal.  And I was skinny back then.  But this one is so dang easy to repair.  I thought it was more complex than it is. I ordered the parts online and paid for them and Bev picked them up Monday on the way home from work.   I am awaiting a couple of tools which should arrive today from Amazon.  I have a pretty good selection of tools but not what I needed. Hopefully by the end of the day I will have it fixed.

My purpose is not to seek pity.  These things happen to everyone sooner or later.  But all this made me realize how important it is to have good friends you trust.  Especially if you get into a jam. Even being sick is rough when its just you alone.  My neighbor, “Hero” and all the others who have helped me have been a godsend.  As have all you readers.  Things are getting weird out there. Supply chains are breaking down and stuff sometimes go missing in stores.  Americans are used to convenience and being able to buy groceries late at night.  There are stories of the government paying famers to plow under crops at the risk of losing their subsidies if they don’t.  There are reports of shipping containers delayed or gone missing.  There are reports of companies who can’t get enough workers, which is often blamed on COVID unemployment benefits but I think it could be also people just sick or dead from vaccine reactions.  Even when ordering car parts I was struck by how some brands were not in stock and had to be backordered.  It’s reminding more and more like living in Morocco where things are not instantly available.   It’s likely to become more that way.  It used to be you could move somewhere else when things go strange, but these vaccine mongers are making that more problematic.  My heart goes out to the Aussies down under!

I have not paid enough attention to my local friendships,  sometimes my head is off in the clouds or observing things in another realm.   Where would I have been if Hero didn’t have a heart of gold?  I’ll never forget his kindness!  This is a time where we have to be present and available to those around us. We are going to have to calm people down.  We are going to have to explain to people that this reality is changing while we are in it.  Nothing is staying the same.  It was never meant to be like it has been.  We can only really help those near us, or those that read or hear our words.  If financial systems or comms break down that will only become more true.   We may be going back to some old school tech if Clif High is right in his speculations, and some of us older ones remember how things were done old school and we may have to teach the younger ones.