The yellow fever outbreak currently sweeping the jungles of Brazil could be the next Zika virus in the United States, health officials say. The Latin American country has seen an increase in the disease over the past few weeks in some of its rural areas. [1]

Health officials with the Pan American Health Organization have confirmed 371 cases of yellow fever, including 241 deaths. The group is investigating hundreds of other potential cases.

In a recently-published letter found in the New England Journal of Medicine, Anthony Fauci, M.D., director of the National Institute of Allergy and Infectious Diseases (NIAID) and colleague Catharine Paules, M.D., say that number of cases is unusual in the course of a year.

The fear is that yellow fever could spread to Brazilian cities for the first time in decades because the areas currently affected by the outbreak are so close to urban areas, including Rio de Janeiro and Sao Paulo. [2]

Like the Zika virus, yellow fever is spread through the bite of the Aedes aegypti mosquito. History has shown that Zika, dengue, yellow fever, and other mosquito-borne illnesses can morph into full-blown epidemics through populations lacking preexisting immunity, which describes the United States.

It was reported last week that Rio de Janeiro state intends to vaccinate its entire population against yellow fever. These diseases could easily spread beyond Brazil via global travel, Fauci and Paules write. [2] [3]

Read: Zika Virus is “Scarier than the CDC Initially Thought”

“In an era of frequent international travel, any marked increase in domestic cases in Brazil raises the possibility of travel related cases and local transmission in regions where yellow fever is not endemic.” [2]

Fortunately, the authors write, there is currently no evidence that human-to-human transmission has occurred through Aedes aegypti mosquitoes in urban areas of Brazil. 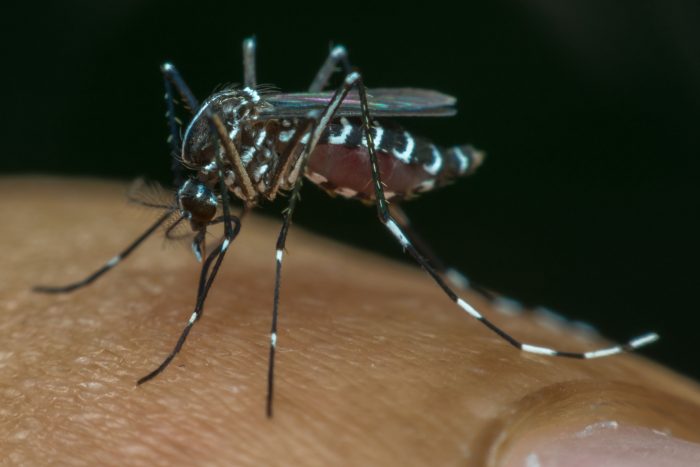 The two admit it’s “highly unlikely” the continental U.S. will have to contend with a yellow fever outbreak, but “it is possible that travel-related cases of yellow fever could occur, with brief periods of local transmission in warmer regions such as the Gulf Coast states, where Aedes aegypti mosquitoes are prevalent.”

U.S. territories – including Puerto Rico, which was affected by the Zika outbreak last year – could also be at risk.

Fauci and Paules say doctors in the U.S. should be vigilant in asking patients for recent travel history, and be suspicious of yellow fever if the outbreak spreads to urban areas of Brazil.

“As with all potentially reemerging infectious diseases, public health awareness and preparedness are essential to prevent a resurgence of this historical threat.”

The authors of the letter say yellow fever would be difficult for doctors in the U.S. to identify, because they’ve never had to contend with the virus before. Yellow fever is typically suspected based on clinical presentation and confirmed later, as definitive diagnosis requires testing available only in specialized laboratories.

Around this time last year, an outbreak of yellow fever in Angola had World Health Organization officials concerned that the disease could spread well beyond the country’s borders, but it was fortunately contained.