by David Gordon Many people think that a universal basic income (UBI) would be a good substitute for the welfare state. Under this proposal, each person resident in a country would receive a guaranteed income, sufficient to live at a modest level. People would get the money unconditionally. Unlike welfare payments, the UBI would not […]

Last month, Republican senator and former presidential nominee Mitt Romney unveiled a proposal he calls the “Family Security Act.” The plan seemed shocking at first, especially coming from a solidly GOP senator: a guaranteed monthly cash benefit for families, amounting to $350 per month for each young child, and $250 per month for each school-aged child. UBI […] 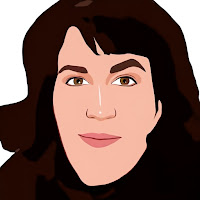 Subject: RE: ..give every American cash at birth so they ca”Morality is not as profitable.” ~ Jonathan D. Betts

tsk, tsk, tsk…I am aware (and have been aware) that there are some that would prefer to pretend that all described in that article hasn’t been the case all along…of course, they more than lowballed the billions that are actually made on each individual globally…I am aware especially that they would prefer to pretend that they weren’t aware of it, too.

As I informed Karl Langenstein, back in Boston, when “imminent threat” and “by any and all means necessary” were being batted around overseas and by their domestic flunkies over their morning coffees, opium dens, and deciding what gold would be priced that day…by their very actions, and refusal to self-correct, and of course the ultimate activation on July 25, 2017, they precluded any and all anonymity…and more.

Thank You, BZ, for overlighting the data.

I do clarify one point: Within the most expansive consciousness and awareness, everyone has always, all ways been known as “on the same side” and “working for the same goal”, with each playing their part…seeing past all that “isn’t” and all “appearances” determines how “rough” playing said part would be.

I do not subscribe to the particular and specific “shame and shun” implemented and practiced by some “regimes”. There was BEING AND DOING COMPASSION and LOVE written into that Universal Security Agreement…for each BEING…along with recognition and acceptance of each BEING’S free will choice. Any and all mitigations and completions experienced in this NOW are activated by each individual’s choice, and in part and whole, constitute that universal wave experienced by All. It always has been…however, either, one took off their “mask”, or their “mask” was removed for them…with love and compassion beyond any and all measures, known and not known. ?

My continued and eternal Heartitude, Love, Grace, Dedication, and Compassion for All, with All, by All.

by Marguerite Ward, published on Business Insider, on December 4, 2020

Bill Ackman, the chief executive of the hedge fund Pershing Square Capital Management, says the American dream has become a “disappointment” for many because of economic inequality.

In The New York Times’ DealBook, Ackman says the wealth that upper-middle class and rich Americans generate from equity and other investments has far outpaced wage growth.

The billionaire is proposing a plan, called “Birthright,” where the US government would give every American a stock investment upon birth.

At historical rates of equity returns of 8% annually, a $6,750 at-birth retirement account would provide retirement assets of more than $1 million at age 65, Ackman wrote.

Over the past several months, top business and finance leaders — from Ray Dalio to Melinda Gates — have been sounding the alarm on inequality in America, saying something is broken with our current state of capitalism.

Now the billionaire Bill Ackman, the chief executive of the hedge fund Pershing Square Capital Management, is joining the ranks, saying that wages haven’t kept up with the rate of wealth creation from the stock market, which has benefited the rich and the upper-middle class, while leaving everyone else behind.

The American dream has become what Ackman called “a disappointment” for many — but he has a solution.

Ackman is proposing “a way for those with no investment assets to participate in the success of capitalism,” he wrote in The New York Times’ DealBook.

Here’s how it would work: The US government would create an investment account for every child born in the country, a program that the billionaire calls “Birthright.”

Ackman said his plan would cost the government $26 billion a year based on the average number of children born in the US each year.

The billionaire’s plan is a universal basic income (UBI) of sorts. UBI is a policy that guarantees a minimum income for citizens or residents, usually paid in the form of cash handouts by the government. In this case, it would be in the form of equity.

The concept of UBI dates back to the 16th century but has picked up steam since the 1970s, notably in 2019, when former presidential candidate Andrew Yang proposed a “Freedom Dividend,” which consisted of guaranteed payments of $1,000 per month, or $12,000 per year, to all US citizens over the age of 18.

But during the pandemic, UBI has begun to be implemented as a governmental policy. In Spain, the country’s minister for economic affairs told the Spanish broadcaster La Sexta that the government was planning to introduce cash handouts to low-income Spaniards as a way to help people financially recover from the pandemic. She also said the government hoped it would become “a permanent instrument,” Business Insider reported.

In early May, Scotland First Minister Nicola Sturgeon, who leads the government’s Cabinet, said “the time has come” to seriously consider a UBI policy that would guarantee a minimum income for every citizen in the form of cash handouts from the government, The Times reported.

In Germany, researchers are giving 120 Germans approximately $1,400 every month for three years as part of a study conducted by the German Institute for Economic Research.

And in the US, congress’ Coronavirus Aid, Relief, and Economic Security Act, or CARES Act, passed in March gave qualifying Americans a onetime cash payment of up to $1,200. In April, House Democrats introduced the Emergency Money for the People Act, which would give $2,000 a month to Americans over the age of 16 who make less than $130,000 a year.

UBI “would actually give Americans more reason to work because you would actually be able to get ahead and have a foundation as opposed to in some cases now, it feels like you can run and run and never get ahead,” he told NPR.

“In addition to helping all Americans build wealth for retirement, Birthright would encourage greater financial literacy, and give all Americans the opportunity to participate in the success of capitalism,” he wrote.