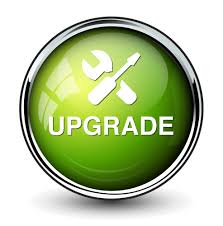 I’ve been through something very flu-like, but I don’t know if it was the flu.  Totally unlike anything I have ever felt before.  Seemed to affect nearly every mucus membrane in my body.  I still don’t have much of an appetite which is very unusual for me.  But I am over the worst of it.

It all started with the sniffles on the 26th, then a fever that eventually reached 102.7 F, then backed down to about 100.7F for several days.   Somewhere in all that fitful dis-coherent sleep, coughing so hard my back hurts, I got I was integrating 128 aspects of myself (whether from formless parts of me or formerly in form parts of I don’t know) – or perhaps its was just my fevered brain talking.

Between bouts of coughing I’d get these stabbing pains in my shins like someone was taking ice picks to my shins.  It got so bad that I just spun the light in my body starting with my legs and then moving up to my head.  And that cascaded a general purge in my body and seemed to break the fever.

Between Christmas and New Years we got about 10 inches of snow fall, and the subsequent snow drifts.   My Honda became locked into what appeared to be a new glacier in formation. I’ve lived in the Italian alps in 2015-2016 but I’ve never seen snow like this.  But not like I was in any shape to go anywhere and the roads were not all that safe to drive.  We got in that storm more snow than Western Colorado got all last year.   The local reservoirs do need the moisture.

My landlord got out the trusty snow blower and sectioned off parts of the resident parking lot glacier enough to get my car out enough to get some groceries.  I was too weak to even attempt to plow the snow out.

We’ve had a very warm day yesterday, and last night we got another 8 inches of snow.   The roof here, like many in western Colorado is metal and the snow that was sliding off the roof yesterday collapsed the icicles as it slid down the back of the house so now the roof snow has met the snow drift and it looks like the teeth between the two. It’s a bit like living in the belly of the whale like Jonah. 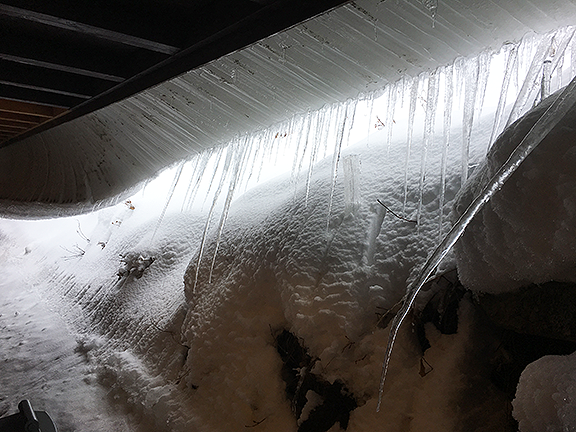 I’ve noticed some behavioral changes within me, I have very little tolerance right now for all the partial and sorta kinda disclosures.

I have no desire to trace down clues, riddles bread crumbs, loafs, that may or may not be fully disclosed according to some unstated plan, and all of which is yet to be openly and unambiguously owned without plausible deniability.

Heather may have her unique own language and way of speaking but if you go back to 2012 she’s stayed entirely consistent in her message.  Not that I or everyone else always understood at the time what she was saying, but what we did understand in those moments seemed to trigger an awakening in all of us.

Without getting specific as to the various sources of kinda sorta disclosure information flowing right now, I’m seeing a lot of massaging the data to spin it all in “It was our mission” and we are so enlightened kind of language and hey “have you heard the gospel about 3, 6 and 9?”.

While there are some astounding frank admissions,  it seems to come with an appeal to maintain the position of power and prestige when every indication was that such mandates of trust were violated long ago.  I mean really… devastating the black community with crack cocaine to run a secret space program is not such an enlightened thing to do, not to mention the damage down to Mexico by the clowns from C-A in support of drug cartels.  So why should humanity trust you now for more of the same?  What you do now simply is required for the advancement of human and necessary for your own forgiveness by humanity which fortunately for you, tends to take a bigger picture than the corporate think tanks did which came up with all the cockamamy schemes in the first place.

We are also watching the Chinese approach disclosures of their roles in the planetary slavery systems and disclosing it about as willingly as a cat heading for a dunk in the family bathtub.   That’s the trouble with a totally controlled media, you paint yourself in such glowing paternal terms that when the real stuff comes out,  you panic your own people might have an issue with what was done in the name of government.  If anything this is going to be a process of fits and and and stammers and there just ain’t a way to save face, but one can save face by saving a planet and that’s really all that matters in the end.  What do you choose?

As for me, I won’t posting videos of clues, decodings of things that could be said plainly but are not, after these upgrades all that nonsense just makes my skin crawl.   Honestly I  wonder if some of it isn’t designed to drag out the rise of consciousness by keeping everyone in the dregs of the yuck as long as possible.  There’s preciously little humor out there right now, even graveyard humor is scarce. Things are as polarized as they have ever been.

What I will do is post what I feel to do, along with as much humor as possible.   I will post my observations and opinions as clearly and simply as possible.

I am not here chase the rabbit holes of darkness on this planet.  Others who feel drawn to that will and are doing that so if that’s what you feel drawn to I am not going to judge. I’ve known all that was out there since the early 2000s.   I’m just surprised it took this long to come out… you’d think that would have begun in 2012.

I am not sure what I am becoming, as I have no recall of exactly who I have been, but I know that for me, my biggest tasks are coming shortly and they have to done with clarity, joy, love and humor.  Anything less will not cut it.    If I have to put rubber boots on while the muck is flowing I will.

How the details of disclosure come about it is frankly not up to me, but the ALL, and it may wiggle out in the strangest of ways no matter how its spun.  I do not need to be seen as a the source of disclosure, nor the sheep dog of competing narratives (and there are many).

I do trust it will be done perfectly and completely.