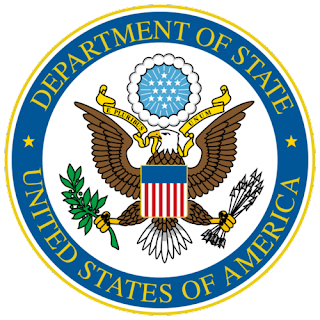 hugs, love, and celebrations for All, by All, with All!

The wheels of federal bureaucratic responsibility, like the wheels of justice, grind very slowly, so only now are we learning that the scandal of Hillary Clinton’s private email server used for official business is still being scrutinized. And while the Big Fish, Hillary Clinton, is out there shooting off her mouth accusing President Trump of the corrupt practices she undertook, the smaller fish in the State Department are learning of their own culpability in corresponding with her on a private server.

Just the kind of leverage a determined prosecutor could use to obtain plea deals implicating higher ups. Ask General Flynn or Paul Manafort what that sort of pressure could mean. The Washington Post reports:

As many as 130 officials have been contacted in recent weeks by State Department investigators — a list that includes senior officials who reported directly to Clinton as well as others in lower-level jobs whose emails were at some point relayed to her inbox, said current and former State Department officials. Those targeted were notified that emails they sent years ago have been retroactively classified and now constitute potential security violations, according to letters reviewed by The Washington Post.

State Department investigators began contacting the former officials about 18 months ago, after President Trump’s election, and then seemed to drop the effort before picking it up in August, officials said.Senior State Department officials said that they are following standard protocol in an investigation that began during the latter days of the Obama administration and is nearing completion.

“This has nothing to do with who is in the White House,” said a senior State Department official, who spoke on the condition of anonymity because they were not authorized to speak publicly about an ongoing probe. “This is about the time it took to go through millions of emails, which is about 3 1/2 years.”

To many of those under scrutiny, including some of the Democratic Party’s top foreign policy experts, the recent flurry of activity surrounding the Clinton email case represents a new front on which the Trump administration could be accused of employing the powers of the executive branch against perceived political adversaries.

The WaPo and other Democrats are anxious to discredit the probe by blaming Trump for pushing it, but the officials in question deny any pressure and claim that the probe began before he took office.

State Department officials vigorously denied there was any political motivation behind their actions, and said that the reviews of retroactively classified emails were conducted by career bureaucrats who did not know the names of the subjects being investigated.\

“The process is set up in a manner to completely avoid any appearance of political bias,” said a second senior State Department official, who was speaking on condition of anonymity to describe the mechanics of an internal probe.