(Humans are Free) The Vatican is one of the most powerful corporations in the world. It is powerful because it controls the Crown of England and nearly every church in the world, especially Catholic churches. Related Mysteries and Dark Conspiracies of the Vatican’s Forbidden Archives Source – Humans are Free by Staff Writer, May 28th, 2018 Furthermore, the Vatican operates […]

The post The Crown of England is Owned and Operated by the Vatican — They Control 1.2 Billion ‘Slaves’ appeared on Stillness in the Storm.

(Catherine J. Frompovich) The Roman Catholic Church has strict rules and unyielding dogma regarding religious beliefs and congregants practices but, unfortunately, seems to turn a deaf ear and a blind eye and subscribes to “going along to get along” especially regarding the pseudosciences regarding GMO ‘phood’ [1], and what the medical industry submits as ‘gospel truth’ when it comes to pharmaceutical vaccines!
Read more » 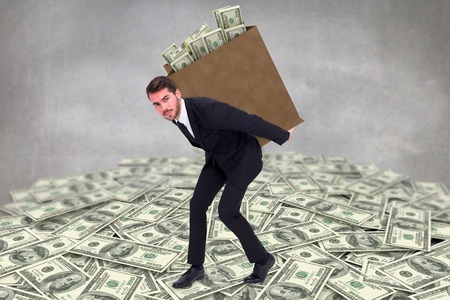 (Joseph P. Farrell) If you've been following the Vatican and related affairs (pun intended) over the past few decades, you'll know that the Vatican Bank (officially: The Institute for Religious Works) lies at the heart of much of it, though just exactly how no one really knows. Its beginnings are murky as well. In the early 1920s, Benito Mussolini's government recognized the Vatican as a sovereign state, and paid it some 90,000,000 gold lira in recompense for the 19th century loss of the papal states during the unification of Italy under the House of Savoy/Kingdom of Sardinia. That money, according to some, was parlayed by the Vatican through shrewd investments in Italian chemical industries and other combines into a vast fortune. If one is to believe the plotline of the late Fr. Malachi Martin's novel, Vatican, a "bargain" was struck between the Vatican and the "high masonic powers" of Europe to allow it entre into the game of international finance. In return for this "Bargain," someone – Martin never really clarifies – was given the right to exercise a secret "veto" during papal conclaves should a candidate secure election that the "powers that were" found unacceptable. For a period, some have argued that the Habsburg "Emperors Apostolical" of Austria exercised this power.
Read more »