Skip to content
By Shane Trejo
BigLeaguePolitics.com
Jan 22, 2020
In the wake of the Virginia gun rights rally on Monday, Democrats in the Capitol are not slowing down their push for tyranny. They are moving a bill through the legislature that would effectively criminalize dissent against Governor Blackface Northam and other state government officials.
House Bill 1627 was introduced by Delegate Jeffrey M. Bourne last week. The legislation “provides that certain crimes relating to threats and harassment may be prosecuted in the City of Richmond if the victim is the Governor, Governor-elect, Lieutenant Governor, Lieutenant Governor-elect, Attorney General, or Attorney General-elect, a member or employee of the General Assembly, a justice of the Supreme Court of Virginia, or a judge of the Court of Appeals of Virginia.” 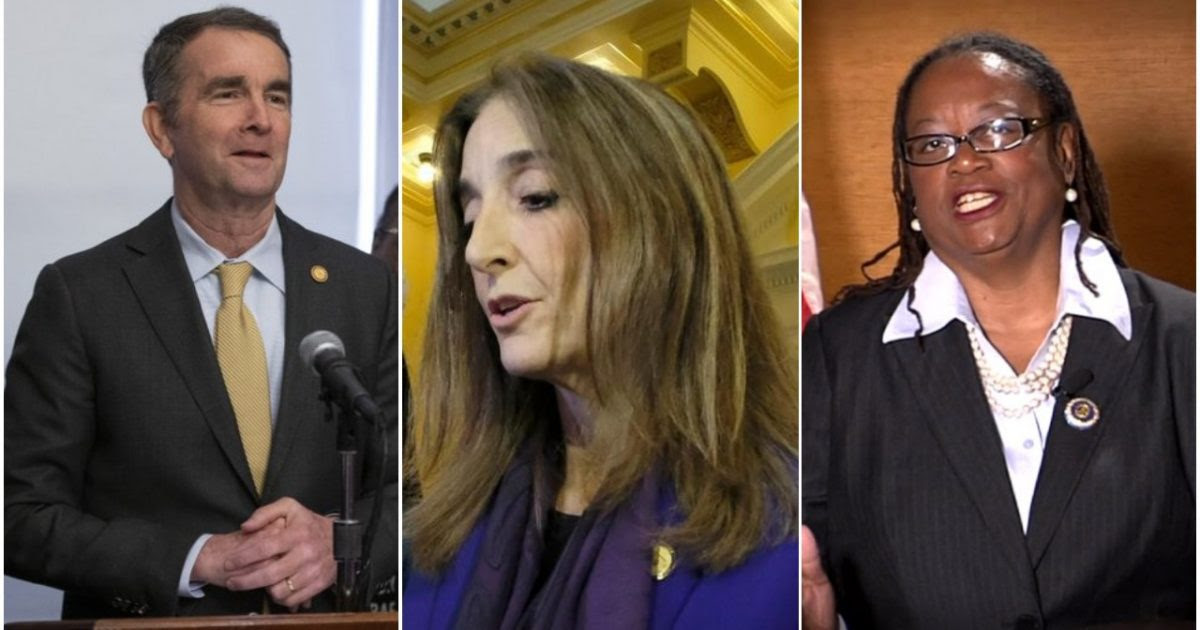 Language in the bill explicitly criminalizes free speech, in what would constitute a blatant attack on the 1st Amendment of the Constitution.
“If any person, with the intent to coerce, intimidate, or harass any person, shall use a computer or computer network to communicate obscene, vulgar, profane, lewd, lascivious, or indecent language, or make any suggestion or proposal of an obscene nature, or threaten any illegal or immoral act, he is guilty of a Class 1 misdemeanor,” the legislation reads.
The legislation makes it clear that the above provision applies directly to “the Governor, Governor-elect, Lieutenant Governor, Lieutenant Governor-elect, Attorney General, or Attorney General-elect, a member or employee of the General Assembly, a justice of the Supreme Court of Virginia, or a judge of the Court of Appeals of Virginia,” which means this legislation effectively criminalizes dissent against public officials.
Tina Freitas, wife of Republican Delegate Nick Freitas, called attention to this intolerable act in a Facebook post on Tuesday night.
“Wow on cue, now they are after the 1A! Dems are trying to set up special rules exclusive to the Elite ruling class, to protect themselves from criticism!” Freitas wrote.
“What is considered harassment? Is Governor Infanticide/KKK Hood trying to avoid being held accountable? Are we no longer allowed to demand justice for the alleged rape victims of LG Fairfax? This is some straight up communist censorship!” she added.
Virginia Democrats were not detracted by the gun rights rally on Monday in the slightest. They moved red flag laws through the legislature just a day later, and subsequently killed pro-gun bills that were introduced by Republicans.
“The governor and the leadership of the democrats have declared war on law-abiding citizens and gun owners and their votes today just confirmed that that’s where we’re going,” said Philip Van Cleave, President of Virginia Citizens Defense League.
Virginia patriots may have to continue organizing locally, with Sheriffs deputizing local patriots and constitutional militias being trained, as a bulwark against the treasonous usurpers leading the state legislature.