(Andrew Pollack) I suppose it’s the prerogative of opinion writers to twist the facts to advance their narratives, but that’s not what fact-checkers are supposed to do.

The post This Washington Post ‘Fact-Check’ Of Trump’s Election Integrity Claim Is A Ragbag Of Lies appeared on Stillness in the Storm. 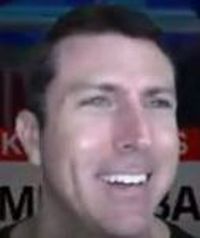 The first one is a quite well put together overview of past revelations about the “hack-ability” of voting machines. A couple of documentaries (from the NYT and others) are highlighted. And the Homer Simpson clip is right on the point.

The second one I’ve set to start at 5:14 where one can view the current msm “freak outs”. I believe they (the msm) know fully what is in store for them.
. (OHMama) I was born at the end of Gen X and the beginning of the Millennial Generation and grew up in a middle-class town. Life was good. Our home was modest but birthdays and Christmas were always generous, we went on yearly vacations, had 2 cars, and there was enough money for me to take dance classes and art lessons and be in Girl Scouts.

The post “I Am Done, I’ll Not Vote Again” – One Middle-American Mom Rages At ‘Real-Life Idiocracy’ appeared on Stillness in the Storm. (Stillness in the Storm Editor) This might be the most controversial thing Trump has ever suggested.

The post President Trump Suggests Delaying Election Until Americans Can Vote in Person appeared on Stillness in the Storm. (Mac Slavo) We should all be preparing now for the planned “second wave” of COVID-19.  The mainstream media is already doing its due diligence by panicking the general public.  Because the riots and looting took too much attention off the coronavirus hoax, the powers that shouldn’t be are going to make sure they get you living in fear again, and vaccinated.

The post Planned “Second Wave” is Coming: The Terrorism Committed By Government Isn’t Over Yet appeared on Stillness in the Storm. (Joe Herring) If you were still harboring naïve notions of free and fair elections when Democrats are involved, perhaps this will help disabuse you of those fantasies.

The post Stealing the Election in Plain Sight appeared on Stillness in the Storm. (Justin Deschamps) Q dropped this today. Voter fraud is a major problem, and both parties are guilty of manipulation. Trump has taken a stance that he wants in-person voting as opposed to voting by mail, due to the fact mail-in voting is extremely susceptible to manipulation.

The post Q Drop: GOP Gears Up for Next Relief Fight: Democrats ‘Want the Federal Government to Take Over Elections’ appeared on Stillness in the Storm. The post Pelosi & Dems EXPOSED by Trump’s EPIC Troll appeared on Stillness in the Storm.

(Zero Hedge) The Texas Democratic Party has been sending pre-filled applications to non-citizens with the citizen box marked “yes,” according to new complaints filed Thursday by the Public Interest Legal Foundation. The organization notified district attorneys and the Department of Justice, and included a signed affidavit from a man who claims that several relatives who are not citizens received the mailing, according to the Washington Times.