(Natural Blaze) Think you need to pound the pavement in order to obtain the brain-boosting benefits of exercise? Studies show yoga may be just as good as aerobics when it comes to maintaining a healthy brain.

The post Brain Benefits of Yoga Comparable to Aerobic Exercise appeared on Stillness in the Storm. (Vivek Roy) Pregnancy is a beautiful journey for a woman.

The post 9 Prenatal Yoga Poses for Pregnant Women appeared on Stillness in the Storm. The post The Science Behind Yoga and Stress appeared on Stillness in the Storm. (Jessica Humphries) The long-held, deeply restful postures of Yin Yoga provide a welcome contrast to the more dynamic, Yang dominated practices that are popular in the modern, Western world. A remedy to our fast-paced lifestyles, Yin is a practice that encourages people to slow down–immersing in the kind of stillness that can lead to the expansion of consciousness.

The post The Science of Yin Yoga appeared on Stillness in the Storm.

The word is out: yoga and meditation are excellent ways of dealing with stress, pain, and other woes. Impressively, it seems people are accepting this reality, as a government survey recently revealed that more U.S. adults and young people are practicing these forms of complementary medicine.

The National Center for Complementary and Integrative Health (NCCIH), part of the National Institutes of Health, says in 2 reports released November 8 that more than 30% of U.S. adults and about 12% of children use “healthcare approaches that are not typically part of conventional medical care or that may have origins outside of usual Western practices.”

These approaches include yoga, meditation, and chiropractic care.

Richard Nahin, the lead epidemiologist at the (NCCIH) and co-author of the reports, said:

“Many people turn to complementary health approaches, such as yoga and meditation, in order to help with symptom management, such as pain. As well, they turn to these approaches for a general sense of wellbeing.” 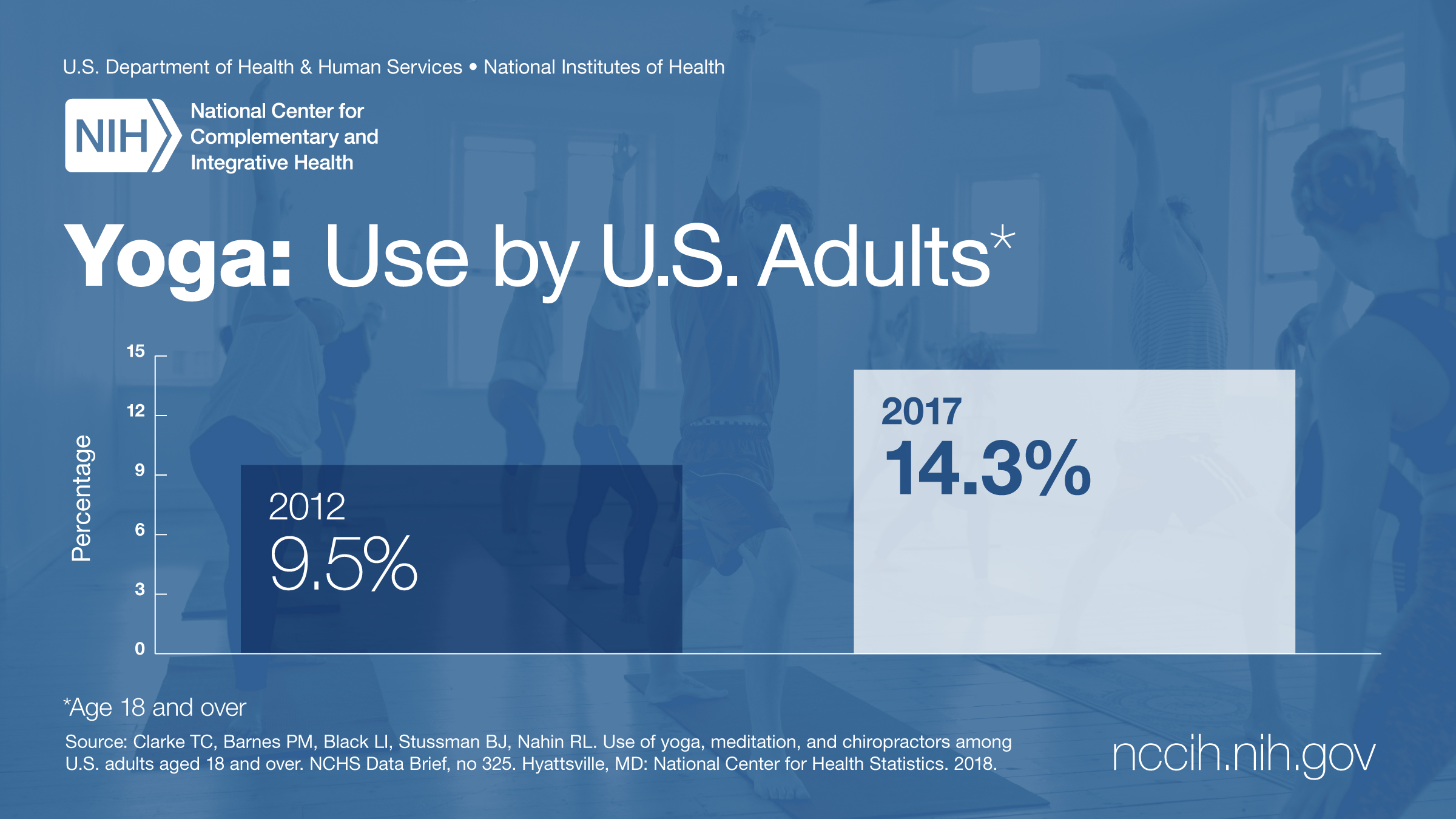 The reports were compiled using data from the National Center for Health Statistics’ National Health Interview Survey, looking at the use of yoga, meditation, and chiropractors between 2012 and 2017.

“The popularity of meditation surpassed that of seeing a chiropractor to become the second most-used approach among those examined in 2017.”

Nagin said all 3 methods of complementary medicine provide health benefits. Yoga is linked with an improved sense of wellbeing, and a growing body of research suggests it can help with some aspects of wellness, including mental health and stress management. The practice, which helps with flexibility, may also relieve lower back pain and neck pain. 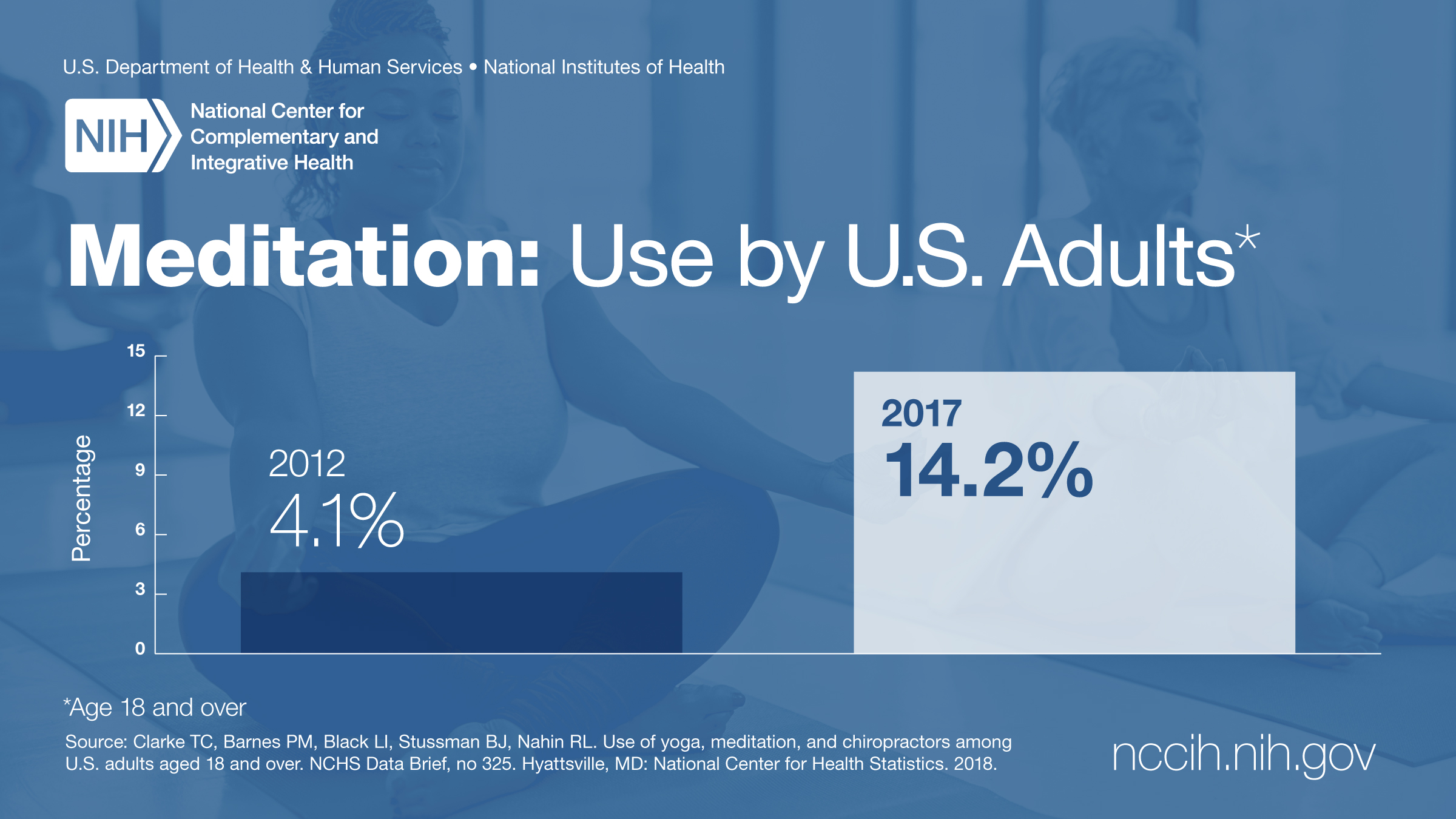 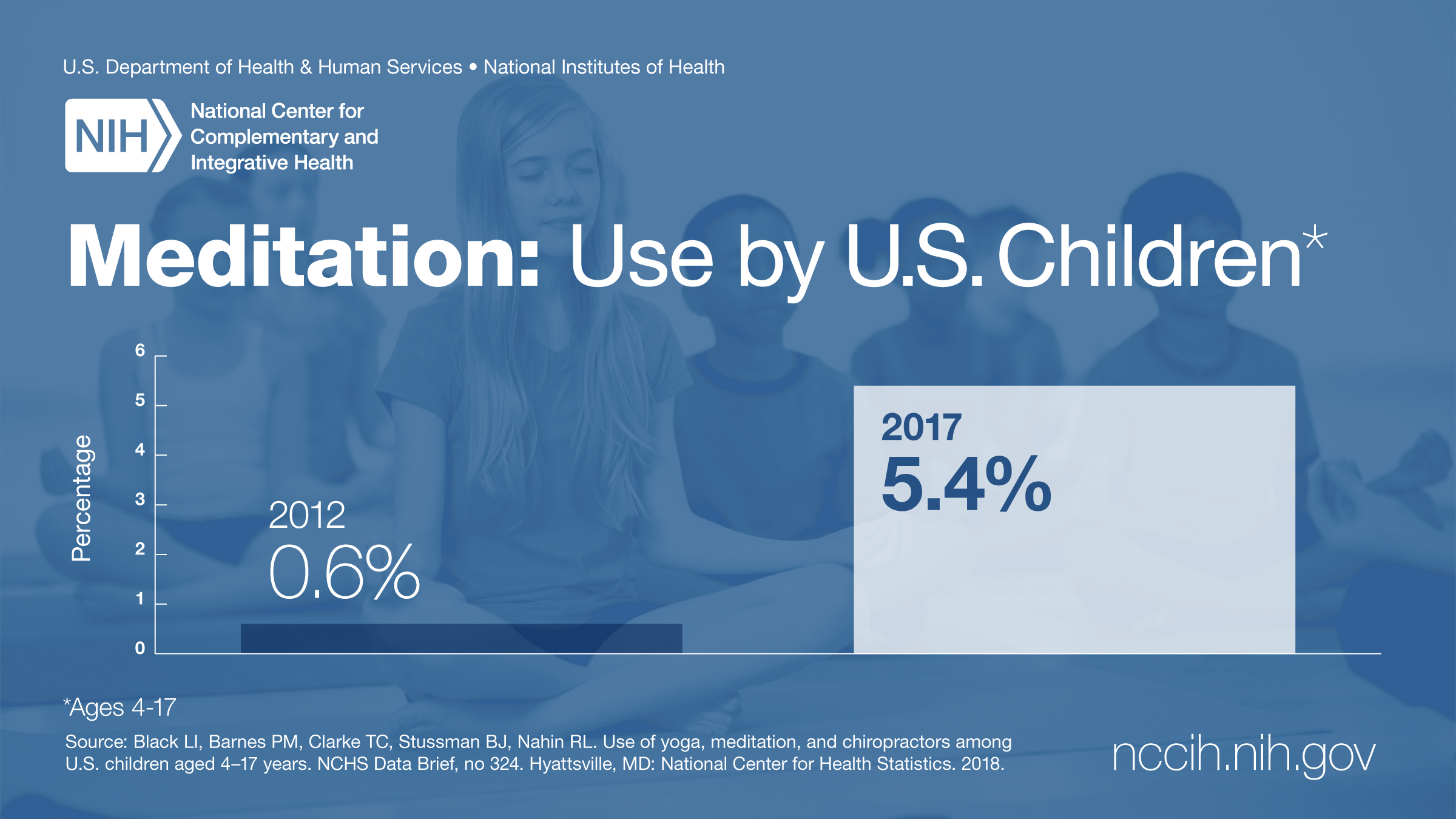 And while meditation is known for helping people to deal with stress, Nahin notes there is evidence the practice can also help with medical problems, including symptoms of irritable bowel syndrome (IBS). It may also help with chronic pain.

Chiropractic care could help lower back pain and neck pain associated with injuries such as whiplash-associated disorders.

“The survey data suggest that more people are turning to mind and body approaches than ever before.” [2]

Two of the report authors, Tainya Clark and Lindsey Black, said they’re not sure what fueled the increases, but they point to the growing popularity of cellphone meditation and yoga apps and the fact that many companies and schools are offering meditation and yoga programs for employees and students.

Read: 5 Enlightening Reasons to Embrace the Power of Meditation

“Something really special is happening with our culture at a time when we need it most. At a time when mental health problems are on the rise, something that improves focus and compassion is certainly something the world needs more of.” 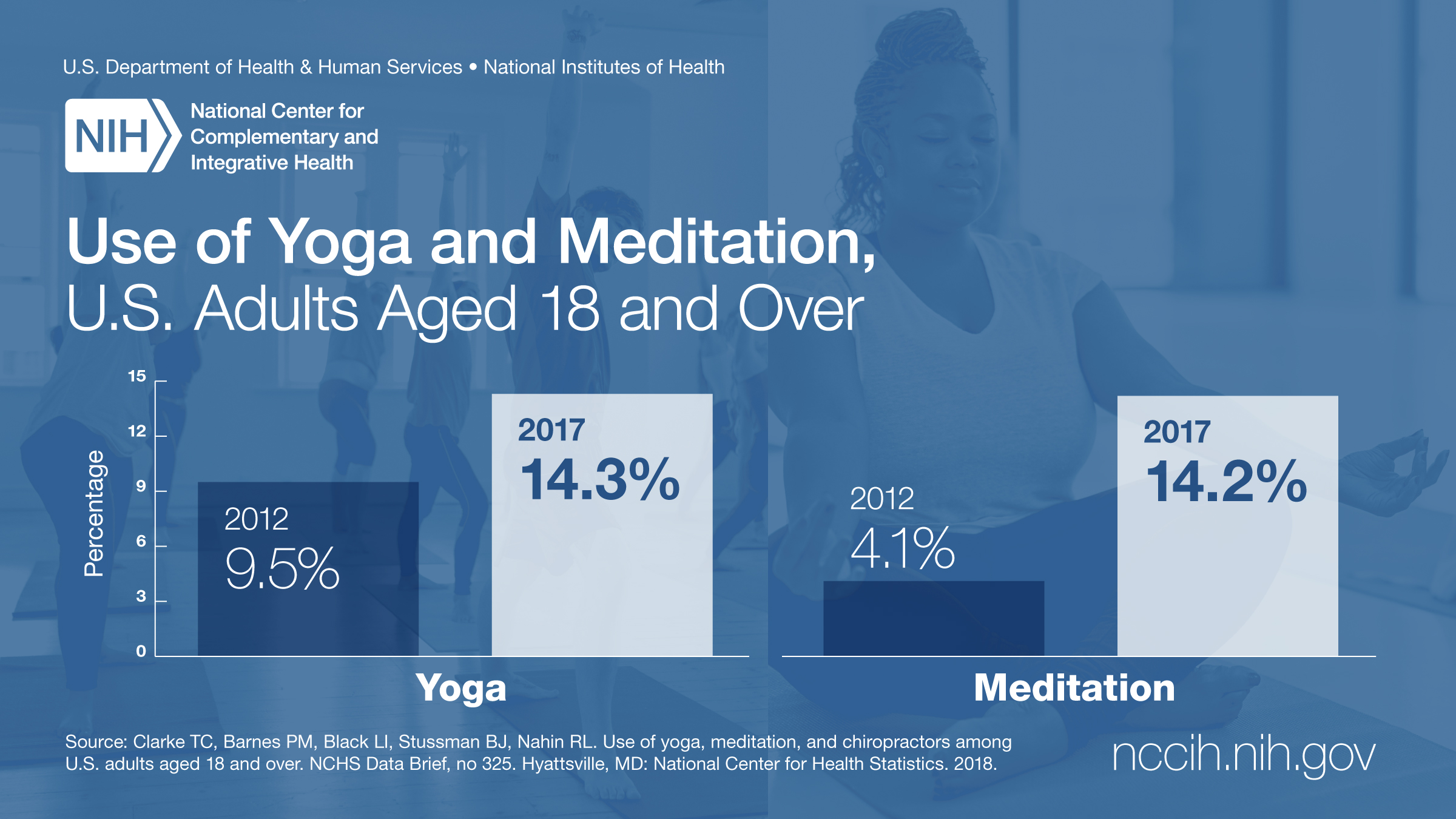 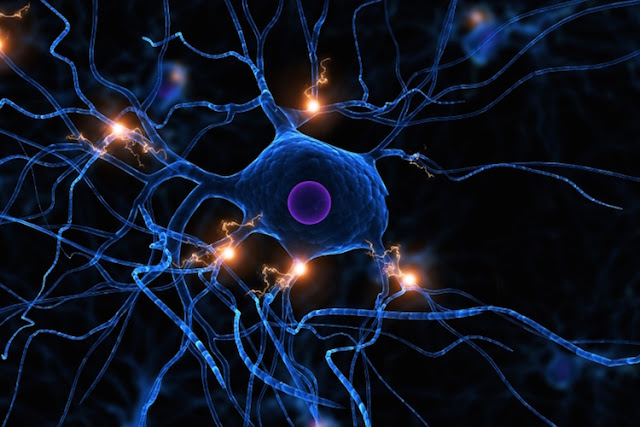 (Anna Hunt) At the center of our bodies resides a long, wiry nerve called the vagus nerve. It extends all the way from the brain down through the chest and beyond the stomach. In addition, it connects to all major organs, including ears, eyes, tongue, kidneys, bladder, reproductive organs, and the colon. Scientists believe that vagus nerve stimulation can affect anxiety and depression, blood pressure and heart rate, as well as the function of digestive organs including the stomach, pancreas and the gall bladder.
Read more »