If you’re relying on Google and YouTube for your daily dose of news and health information, you’re missing out. Big Tech’s censorship is in full effect, which means they’re choosing what you get to see — and what you don’t.

Following are some of my top videos that have been banned by Google and YouTube — many of them featuring interviews with health experts sharing their medical or scientific expertise. What is it that they don’t want you to see? You can watch them — fully uncensored — for yourself and find out — then make up your own mind about where to turn to seek the truth.

Poor posture has become the norm rather than the exception in the 21st century — the outcome of sedentary lifestyles, office work and excessive screen time. Neck humps, also known as a buffalo hump, dowager’s hump or, clinically, as kyphosis or rounding of the back, can be caused by osteoporosis, arthritis and spinal fractures,1 but most commonly are due to poor posture.2

Leaning forward, slouching or hunching over in front of a computer, cellphone or tablet puts extra strain on your back and can lead to an abnormal curve in the upper vertebrae along with a mass of tissue that forms at the base of the neck.

According to Dr. Fredrick Wilson of Cleveland Clinic’s Center for Spine Health, a neck hump may show up around middle-age because it’s caused by a long-term weakening of the thoracic extensor muscles, although it can also occur in adolescence:3

“Bad posture is the most common cause of a dowager’s hump. You have an increased curve in the upper neck so you have to lift the head, so it protrudes forward … That forward curve is bad for disks and increases the risk of disk problems and neck fatigue. Our muscles aren’t made for that kind of curve. It can cause upper and lower back pain and even some difficulty with tightness in the legs.”

The good news is that neck humps can be prevented with proper posture and, often, treated with appropriate exercises.

In the video above, Jasper Hulscher, clinic director at Milton and Fornham Chiropractic Clinics, shares three exercises that help to correct a neck hump.

1. YWTL Exercise — This exercise works by stretching your thoracic spine from the top to the bottom. First, raise your arms in the air with your palms facing forward — this is the “Y” position. Then pull your arms backward and hold for about 30 seconds. From there, move your arms down to the “W” position, still pulling your arms back and with your elbows pointing down. Hold this for another 30 seconds.

2. Pull Arm/Tilt Head — Place your hands behind your back and grab your wrist. Then straighten your elbows and pull your arms back while squeezing your shoulder blades together. Tilt your head back and hold the position for about 30 seconds. Breathe out while you’re leaning back.

3. Arm Up/Turn and Tilt — Stand facing a wall. Slide your right arm up the wall, then turn your head to the right and tilt your head backward. Hold for about 15 seconds, then repeat the sequence three times. Be careful not to get dizzy. Next, do the same sequence on your left side.

How Cellphones Are Wrecking Your Posture

The widespread usage of cellphones, tablets and other screens is a recent phenomenon as far as your musculoskeletal system is concerned, yet it’s led to drastic changes in daily body movements and posture. In 2016, researchers with Daegu University in the Republic of Korea evaluated changes in posture and respiratory functions among people using cellphones for prolonged durations.4

“Faulty posture,” including holding your neck forward, slouching and rounding your shoulders, is common when using a cellphone for longer periods. Further, past research has shown cellphone users have more neck, shoulder and thumb pain, with severity increasing the longer they spend using a cellphone.5

Forward neck posture is extremely problematic and can cause injuries to ligaments and the cervical and lumbar spine, while neck pain due to faulty posture can also affect your breathing patterns.

In 2014, in fact, Dr. Kenneth Hansraj with New York Spine Surgery & Rehabilitation Medicine calculated the weight felt by the spine as your neck is flexed at varying degrees. When your head is upright at zero degrees, you’re in a neutral position and your head’s weight is 10 to 12 pounds.

However, as you begin to tilt your head forward to look at a cellphone, it places additional forces on your neck and makes your head feel much heavier. For instance, at a 15-degree tilt, your head feels like 27 pounds, while at a 45-degree tilt, it’s more like 49 pounds.6 This can easily lead to excess wear and tear and degeneration to your spine.

“FHP is one of the most common cervical abnormalities that predisposes individuals to pathological conditions, such as headache, neck pain, temporomandibular disorders, vertebral body disorders, alterations in the length and strength of soft-tissue, and scapula and shoulder dyskinesia. Many studies proved that prolonged computer users tended to have a higher ratio of FHP.”

It’s likely that the small size of a cellphone screen only worsens the problem, as the researchers noted, “If people concentrate on watching the relatively small screen, they tend to bend their neck more to look at the screen. This may be the reason for the development of more severe problems.”8

iPad Neck Is a Growing Problem

Another study of 412 university students suggested that the use of iPads and other tablets are creating a condition known as “tablet neck” or “iPad” neck in young adults.9 The neck and shoulder pain occurs most often when using the device without back support, such as sitting on the floor, or slumping over the device while it’s in your lap. Using a table while lying on your side or back was also linked to pain.10

Overall, 67.9% of those who used a tablet in a school setting reported musculoskeletal symptoms, with neck symptoms occurring most often, including stiffness, soreness and aching. Pain in the upper back/shoulder, arms/hands and head was also reported.

“Such high prevalence of neck and shoulder symptoms, especially among the younger populations, presents a substantial burden to society,” the study’s lead author Szu-Ping Lee, a physical therapy professor with the University of Nevada, Las Vegas, said in a news release.11

While he noted that, theoretically, neck and shoulder pain increase the longer you spend bent over a tablet, their study revealed that gender and specific postures were greater predictors of pain than duration of use.

Women were 2.059 times more likely to have musculoskeletal symptoms during tablet use than men, and the postures listed above (no back support, device in lap or lying on your side/back) were associated with more pain. Sitting in a chair with the device flat on a desk was also linked to pain.12 However, of all the postural factors, using a tablet without back support was the one most likely to cause pain.13

According to Lee, sitting in a chair with back support is one of the most important factors to preventing iPad neck.14 “And perhaps that’s something for building planners to think about: Installing benches or other chairs without back support invites people to crunch down with iPads in their laps, contributing to posture-related pain problems,” he said. Other tips include:15

How to Prevent a Neck Hump or ‘iPad Hump’

Chest up, chin back posture is useful for significantly reducing your risk of developing a neck hump. A forward slumped posture tends to be related to chronic improper posturing that worsens over time, eventually leading to the development of rigid intractable calcifications.

The beginning of the progression of a neck hump is typically the loss of thoracic extension. According to chiropractor Eric Goodman, creator of Foundation Training:

“I think the lack of movement and stagnation in bone leads to calcification and typical degenerative changes. Degenerative changes along with spine make it less mobile … It supports it because the muscles aren’t, the discs aren’t. It puts very rigid support structures in place.

Now, can you imagine 20, 50 years from now, when it’s 60 or 70 years after cellphones and iPads came around, the dowager’s humps, we can start calling them the iPad hump … The younger you are, the more capacity you have to be plastic, to engage your body’s natural tendency to respond to stimulus in such a fashion that will get better and better at doing the thing you’re asking it to do.

Even if you’ve already started to develop a slight hump, chances are you’ll be able to significantly improve your alignment using the proper exercises and posture, provided your spine has not yet calcified. The Gokhale Method, which helps retrain your body back to its “primal posture” by correcting the habits that may be causing pain is one solution that can help.

A physical therapist or chiropractor can also provide exercises that target a neck hump, but strengthening your upper back muscles will be helpful. Wilson also recommends:16 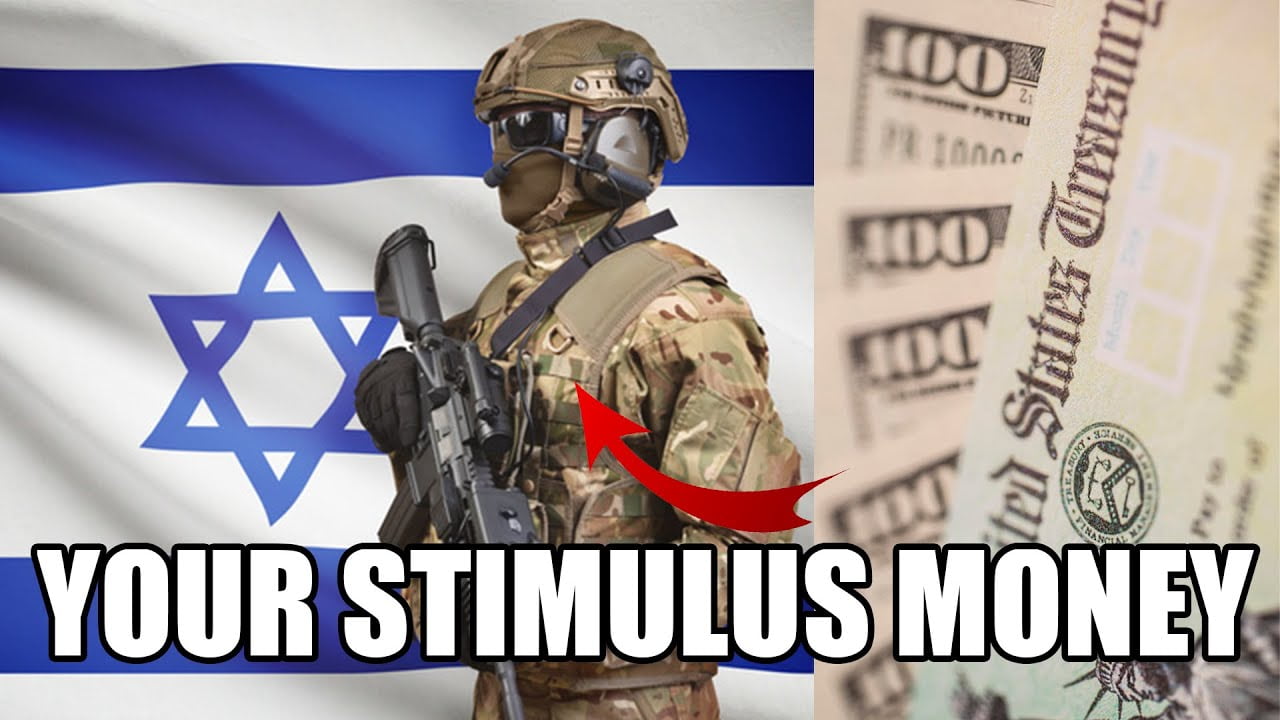