When I was a kid out on the playground beating up bullies, I had a series of strategies to choose from.
My favorite and most successful ruse involved turning my back on my adversary, which enrages bullies and makes them prone to lose their balance.  They come rushing in on the seemingly open target.  And then….
Did my elbow catch you in the ribs as I was turning to face your unprovoked assault?  And, as I fell to the ground, flat on my back, did my boots hit your stomach and fling you like a sack of flour clean over my head?  And then, as I scrambled to my feet, did I lose my balance and….
….pardon me, did the heel of my hand catch your chin?
Those were the days when life was simple and brutal.  The bullies rose up and the bullies got knocked down…. and most of the time they weren’t quite sure what hit them.  They would wander around for a few days looking dazed and suspicious, but with the constant reminder that I was unpleasant to bump into.
On a few– very few– occasions, they came back for seconds.  Usually by then they were convinced that I was a witch or some kind of evil small demon, possessed by something more than the hand-to-hand combat skills my Uncle Jesse, a WWII Navy Ensign and post-war Merchant Mariner, taught me.
He’s the same one who gave me the Mohawk haircut when I was seven.
Go figure.
My gentlemanly Father abhorred the thought that his little girl would ever have to lift her delicate hand in self-defense.  Uncle Jesse just rolled his eyes and took me aside, muttering something to the effect that my Father still lived in the Nineteenth Century when men were men.
“Well….what are they now, Uncle Jesse?”
“Idiots.  So, this is what you do….”
By age seven I had more Sucker Punches in my arsenal than most grown men will ever know.
I didn’t know it, but my Uncle Jesse was an infamous fighter and got kicked out of the Navy because he won a boxing match against an Admiral’s son.  And it didn’t bother him, either.
He just went directly into the Merchant Marine Service, which welcomed him with open arms —- and, as he often observed, far better pay and benefits.
But I digress.
What goes on in a courtroom really isn’t that much different than a playground.  The bullies wear suits and sometimes robes, but they are bullies just the same, and just as vulnerable to lame duck sucker punches.
Since I’ve been banned from the courtrooms in Boston and elsewhere, I’ve had to content myself with armchair participation from the second and third row seats, but the rules of engagement remain the same.
Surprise them (akin to turning your back) and “accidentally” beat them to a pulp before they know what happened.  You have to be nice about it, of course.  Always solicitous and polite.  Never threatening or nasty.
Know that you are not subject to any foreign law, until and unless you voluntarily enter foreign territory.
Notice that word, “voluntarily” — for them to claim jurisdiction, you have to enter their jurisdiction and it must be done voluntarily, so both elements — your “presence” in their realm and the voluntary nature of that presence, must both be proven by the prosecutor, if you press the issues.
Otherwise, you are: (a) not in any federal jurisdiction; (b) not voluntarily in any federal jurisdiction, or (c) just utilizing a “pass through service” provided by your loyal employees, and they have nothing to say about that at all.
—————————-
See this article and over 3400 others on Anna’s website here: www.annavonreitz.com
To support this work look for the Donate button on this website.

If you seek freedom, they will promote “liberty” instead.
If you speak of the “United States”, they will create 350 versions of things called “United States” and leave you to describe your meaning in great detail, or, let them decide which United States you are talking about.
If you establish a Constitution and bind them to this lofty contract and its guarantees owed to all Americans, they will redefine “Americans” so that the contract no longer applies to you.
If you set out to assemble and restore your lawful State of the Union, they will try to redefine “State” and “Union” both, and offer you a commercial corporation, instead.
Oh, and that commercial corporation will be owned and controlled by them.
They will take a State-of-State business organization like the State of California, describe it as a “Confederate State” and then start calling it a “State” even though it isn’t a State.
They will redefine “person” to mean “corporation”.
They will redefine “vaccine” to mean “gene therapy”, then redefine “bioweapon” as “gene therapy”.
If you support a Christian Monarchy, they’ll cross their fingers and sneak off the Throne by signing legislation, and then go sit on The Chair of the Estates for 68 years, instead.
If you are a Municipal citizen of the United States, they will mistake you as a U.S. Citizen.
And if you are a U.S. Citizen, they will mistake you for a Municipal citizen of the United States.
And if that doesn’t work, they will mistake you for a US CITIZEN and a commercial corporation to boot.
They will say that your freedom to contract led you to contract with them, when you don’t even know who they are or what they represent.
Via the magic of The Federal Reserve Act, they will claim that you agreed to be a “Transactor” in Commerce, and claim that brings you under their regulatory power delegated by the Interstate Commerce Clause of the same Constitution they evaded by redefining you as a Federal (or National) citizen.
They will redefine your State Militia as a “National Guard” and steal control of it.
They will redefine your State Assembly as a National Assembly State and take control of it.
They will redefine your cities as “Municipalities” and do the same thing.
They will accept that you are a Ward of the Queen on the High Seas, and then redefine “High Seas” to include every speck of dry land.
The hypocrites will even take the trouble to move the High Water Monuments to the mountain tops and you will have to haul them down to the beach again.
They will redefine your family physician as a Medical Doctor.
They will then define a Medical Doctor as a Uniformed Officer and conscript him or her into their military service.
They will then direct their “Uniformed Officers” to kill you, and you will be none the wiser.
And they will claim that this is perfectly legal, because they have misidentified you as an Enemy Combatant. And besides, you volunteered to be injected and you volunteered to take the drugs.
Even after their “Congress” declared that nobody is accountable for the results.
Just like you volunteered to pay Federal Income Taxes, when you have no Federal Income at all.
Your right to contract shall not be abridged, unless the contract is the Constitution they are supposed to be obeying.
If you have a Federation of States operating as The United States of America, they will name their own business franchise “the” United States of America, Incorporated, and try to confuse the two.
If you loan them a specific proportion of your war flag to use while engaged in their delegated duties and you define it most carefully in their own law so that everyone knows what a Title IV flag is, they will still try to pretend that it’s their flag in the sense of owning it, and claim that it is the only valid version of your flag in existence.
If you loan them actual money — gold and silver, they will pay you back in notes (I.O.U.s).
If you loan them credit (Federal Reserve Notes), they will pay you back in more credit, and charge it off to you a second time, and a third time, and a fourth time…..
Then they will go bankrupt and name you as their Co-Signer on all their I.O.U.s.
Death will be euphemistically referred to as “passing on”.
The Common Cold will be renamed “Covid 19”.
“Acquired Immune Deficiency Syndrome” known as AIDS will be renamed HIV.
HIV will be renamed Covid-19. (Notice the hyphen.)
And now you know why the Puritans called the people who employ these practices the “Masters of Deceit” and why they refused to let Bar Attorneys live in their communities.
You also know why the Scots call Bar Attorneys “Devils” to this day.
And why Bill Clinton said, “it depends on what your definition of “is” — is.”
And what counts as “sex”.
And what does “of” mean?
There is no truth in these people, none at all; they live and breathe deceit from dusk until dawn, and they smirk and they smile at their gullible neighbors, so honest, so ripe for the picking or the slaughter, either one.
Until you wake up. Until you grab them by the throat. Until you object. Until you stop volunteering.
—————————-
See this article and over 3400 others on Anna’s website here: www.annavonreitz.com
To support this work look for the Donate button on this website.

“Truth Behind the Viral Video

Thanks for catching that for me. The video was sent to me by a CIA sources who believed it was genuine.
In any case, even if the video is a fake, there is plenty of evidence of torture at the Epstein Island. However, Jeff Epstein himself was allowed to fake his death because it turns out he was an agent used to infiltrate the cabal and get compromising information on them.
-Benjamin Fulford 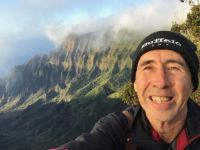 Not posting much for now. Going through a lot of emotional releases.

Also some images popped up on my iPhone that had to do with the islands. I’m very much missing the islands right now.

Get this new documentary series with all the top experts on COVID and the nonvaccines.

The truth about COVID like you have never seen it before.