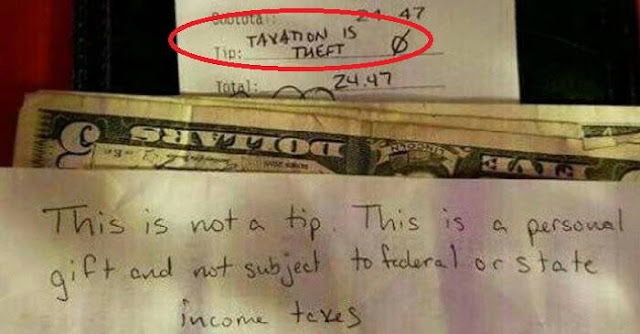 (Alice Salles) The month of April is a nightmare for anyone with a conscience, as we only have until “tax day” — which usually falls on April 15 — to give the taxman what he says he deserves. So if you pay taxes to Uncle Sam and you’re also aware you’re paying for mass murder in the Middle East and in U.S. streets due to the drug war, you should also feel sick to your stomach as you write that check.
Read more »

In response to climate change warnings, the world’s largest beer company has announced plans to use only renewable energy sources like wind and solar by the year 2025. [1]

Anheuser-Busch (AB InBev), the maker of Budweiser beer, has committed to 100% renewable energy sources, making it the largest “direct purchaser of renewable electricity in the global goods sector.” The move would shift 6 terawatt-hours of electricity annually fro­m fossil fuels to solar, wind, and other renewable sources. That’s almost enough to power all of Spain for a month. [1] [2]

The company says it will generate 25% of its electricity itself and will accomplish its goal by installing solar panels on its facilities. The remaining power necessary will be purchased from wind and solar farms. Included in the agreement will be the purchase of 490 gigawatt-hours annually from Iberdrola SA to power AB InBev’s facilities in Mexico. Iberdrola will launch operations in 2019 to help supply AB InBev’s power. [2]

“Climate change has profound implications for our company and for the communities where we live and work. Cutting back on fossil fuels is good for the environment and good for business, and we are committed to helping drive positive change. We have the opportunity to play a leading role in the battle against climate change by purchasing energy in a more sustainable way.” [1] 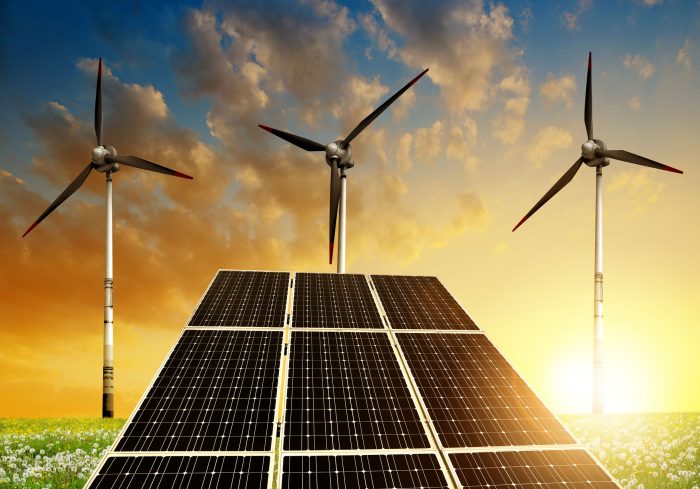 And an explosive statement from the FDA

The FDA has just approved a new drug, Brineura, for a rare childhood brain-disease known as CLN2, which progresses quickly and is considered fatal.

BioMarin, the drug’s manufacturer, has pegged the yearly price of the drug for a patient at an astronomical $702,000. Discounts will be offered—the average annual price for the patient will come down to $486,000.

While recovering from the pricing shock, consider this statement from the FDA: “Brineura is the first FDA-approved treatment to slow loss of walking ability (ambulation) in symptomatic pediatric patients 3 years of age and older…”

Translation: There is no claim that the drug cures the disease. The drug may slow down the progression of only one of the many symptoms. For $486,000 a year, if the patient lives for a year.

Well, we’ll see whether even that “slowing down” assertion pans out, because the clinical trial of the drug was carried out on only 22 children, to determine efficacy, and 24 children to determine safety.

Of course, the drug’s manufacturer would state that, since CLN2 is a very rare disease, it wasn’t easy to find patients on whom to test it. Nevertheless, the FDA approval for the drug was based on scanty evidence—to say the least.

It’s fairly clear that researchers and drug companies look at this situation as a first step in developing more (highly expensive) drugs to treat CLN2. The gateway has been opened. Though they wouldn’t admit it, Brineura is an experimental medicine, and if follow-up doesn’t record a high percentage of deaths occurring sooner than expected (according to what parameters?), it will be considered a great success.

Here is how the drug is invasively administered. Keep in mind that the patient is a very young child who is already unable to function in the world, is confused, is having great difficulty walking and even sitting:

FDA press release (4/27/17): “Brineura is administered into the cerebrospinal fluid (CSF) by infusion via a specific surgically implanted reservoir and catheter in the head (intraventricular access device). Brineura must be administered under sterile conditions to reduce the risk of infections, and treatment should be managed by a health care professional knowledgeable in intraventricular administration. The recommended dose of Brineura in pediatric patients 3 years of age and older is 300 mg administered once every other week by intraventricular infusion, followed by an infusion of electrolytes. The complete Brineura infusion, including the required infusion of intraventricular electrolytes, lasts approximately 4.5 hours. Pre-treatment of patients with antihistamines with or without antipyretics (drugs for prevention or treatment of fever) or corticosteroids is recommended 30 to 60 minutes prior to the start of the infusion.”

Shocker: I found this explosive statement in FDA press release: “The initial symptoms [of the childhood disease CLN2] usually include language delay, recurrent seizures (epilepsy) and difficulty coordinating movements (ataxia). Affected children also develop muscle twitches (myoclonus) and vision loss. CLN2 disease affects essential motor skills, such as sitting and walking. Individuals with this condition often require the use of a wheelchair by late childhood and typically do not survive past their teens.”

Does that sound like anything you’ve ever heard of?

It’s the result, in some children, of administered vaccines.

Imagine this. A doctor says to a mother: “You have to stop talking about the horrible things that happened to your child right after he received a vaccine. You’re wrong. You’re not making sense. It wasn’t the vaccine. Your child has a rare genetic brain disorder called CLN2. We now have a drug that may slow down one of the progressing symptoms. It’ll cost $486,000 a year. To give the drug, we’ll need your child for five hours every other week. We’ll insert a catheter in his head…”

Type 2 diabetes was once considered an old person’s disease; but as more Americans became obese, younger adults started developing the condition. Now type 2 diabetes is striking a growing number of kids. Data from the CDC show that about 17% of kids and teens in the U.S. are now considered obese, and a new study indicates that there has been a corresponding increase in childhood cases of type 2 diabetes. [1]

In the past, type 2 diabetes was referred to as adult-onset diabetes because the condition would take years to develop. These days, even toddlers are being diagnosed with the disease.

After accounting for age, gender, race, and ethnicity, the authors of the study, published in the New England Journal of Medicine, found that the incidence of type 2 diabetes in this age group rose by 4.8% during the study period. That means that about 1,500 more kids and teens were diagnosed with type 2 diabetes each year at the end of the study period compared with the beginning. [1]

Gaps in Gender and Ethnicity

The rate of new diagnosed cases of type 2 diabetes rose most sharply in this age group among Native Americans (8.9%), Asian Americans/Pacific Islanders (8.5%), and non-Hispanic blacks (6.3%). [2]

Among Hispanics ages 10 to 19, the rate of new diagnosed cases increased 3.1%. The smallest increase was seen in whites (0.6%).

The rate of new diagnosed cases of type 2 diabetes increased much more significantly in females (6.2%) than in males (3.7%).

The longer diabetes goes untreated, the more damage it does to the body. This is especially concerning among young people, whose lives may be shortened.

The number of years people lived with diabetes-related disabilities rose globally by nearly 33% between 2005 and 2015, according to a report published in 2016 in The Lancet. Conversely, the number of years of life lost to type 2 diabetes increased more than 25%. [1]

In other words, doctors are doing a better job of treating diabetes and diabetes-related conditions, yet “the overall adverse effect of diabetes on public health is actually increasing,” according to an editorial accompanying the study.