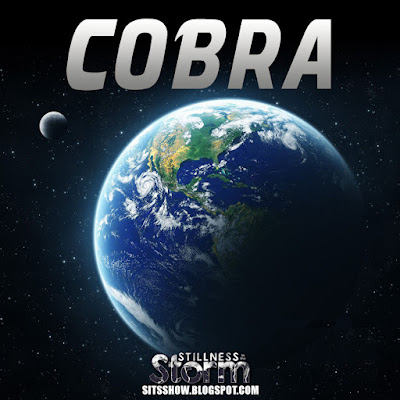 (Danell Glade) Time for a review. These are the notes from 2012 Cobra Conference where he gave a lengthy history of this earth, solar system, galaxy, Atlantis, The Event etc. etc. 41 pages long.
Read more »

EXPRESS — Published just over three weeks before the April 23 opening round, the Ifop-Fiducial poll for Paris Match, CNews and Sud Radio shows Mr Macron would garner 26 per cent of the vote in the election’s first round.

But Mrs Le Pen, the anti-Brussels leader of France’s Front National party, is breathing down his neck and expected to garner 25.5 per cent of the vote.

Both presidential favourites hold a solid lead over conservative centre-right candidate François Fillon, who has dropped to below 20 per cent and is tipped to pick up no more than 17.5 per cent of the vote.

The former frontrunner’s popularity took a hit earlier this year after it was alleged his wife, Penelope, had been paid more than half a million euros for a ‘fake’ job as his parliamentary assistant. […]

NEW EASTERN OUTLOOK — As it’s been recently noted, the latest mass-casualties inflicted by US and NATO airstrikes in Raqqa and Mosul reveal that Washington has decided to turn its back on rules designed to protect the innocent. In turn, the Times reports that field commanders appear to be exercising more latitude to launch strikes in civilian-occupied areas than ever before.

It wouldn’t be an exaggeration to state that we’re witnessing by far the deadliest attack on civilians in decades. Just one US airstrike on a densely populated neighborhood of Mosul resulted in more than 200 civilian casualties, according to the official numbers released.

It’s been announced that during the same month, at least 30 civilians were reported killed by a US airstrike outside Raqqa, Syria — where the real battle against ISIS hasn’t even begun yet — and up to 50 more may have died when the US bombed a mosque in Aleppo.

Yet another airstrike that was launched on March 20 in the Al-Mansour area resulted in at least 33 civilians deaths, as human rights activists reported. The Focus has already announced that the German Bundeswehr was taking part in the attack. […]

(UFO TV) America’s Secret Space Fleet – is it protection against alien invasion or a creation itself of malevolent aliens? Since 2015 NAVY engineer William Tompkins has made astounding claims that he personally participated in designing kilometers-long battle cruisers for the clandestine “Military Industrial Complex.”
Read more »